Home » Business » Volvo says shift to electric cars is the reason behind its $2.9 billion IPO 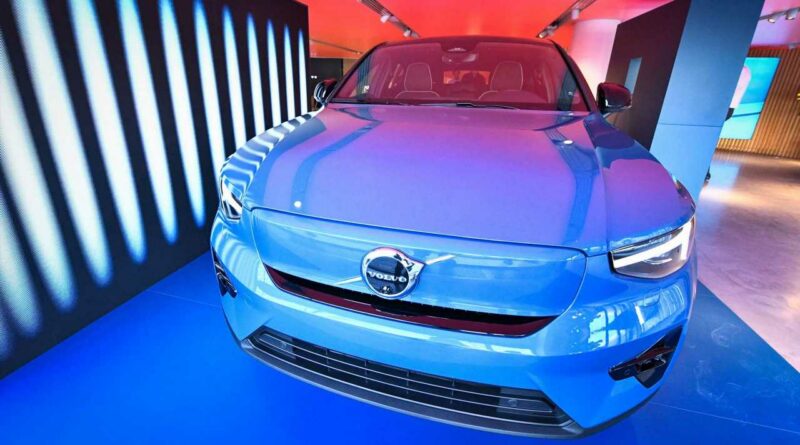 The CEO of Volvo Cars has told CNBC that the automaker's shift to electric vehicles is the reason behind its planned listing on the Nasdaq Stockholm stock exchange.

The company wants to raise 25 billion Swedish krona, or $2.9 billion, via the initial public offering, which will be one of the biggest in Europe this year.

In an interview with CNBC's Julianna Tatelbaum Monday, Hakan Samuelsson was asked why the company was going public now.

"We have a very big interest from investors to invest into EV companies, you see that growing all the time," he said. "We have said 2030 is our end date for [the] ICE [Internal combustion engine] engine and we of course want to secure that transformation."

Samuelsson explained that the shift to electric vehicles was "not free of charge."

"That's why we are now talking about [the] primary issuing of new shares in around 3 billion U.S. dollars … And that is really to have the financial resources to secure this transformation in the next five, six years. That's really … the reason for our 'intention to float' message," he added.

Tesla's deliveries were strong, but stock's valuation is still out of whack, JPMorgan says

Missed out on Tesla? Wall Street analysts name their top EV stocks for this quarter

In March, Volvo Cars — which is headquartered in Sweden but owned by China's Zhejiang Geely Holding Group — said it planned to become a "fully electric car company" by the year 2030.

"There is no long-term future for cars with an internal combustion engine," Henrik Green, Volvo Cars' chief technology officer, said at the time. "We are firmly committed to becoming an electric-only car maker and the transition should happen by 2030."

Volvo Cars is one of a number of automakers looking to make the transition to fully electric vehicles. In July, Germany's Daimler said its Mercedes-Benz brand would "be ready to go all electric at the end of the decade, where market conditions allow."

In February, Ford said its entire passenger vehicle range in Europe would be "zero-emissions capable, all-electric or plug-in hybrid" by the middle of 2026, with a "completely all-electric" offering by 2030.

Photos document the fight to save the world’s largest trees

This transition comes as major economies also lay out plans to move away from the internal combustion engine.

The U.K., for example, wants to develop a net-zero transport sector by 2050, stopping the sale of new diesel and petrol cars and vans by 2030. It will require, from 2035, all new cars and vans to have zero tailpipe emissions.

Elsewhere, the European Commission, the EU's executive arm, is targeting a 100% reduction in CO2 emissions from cars and vans by 2035.

All the above changes are taking place while global car manufacturers continue to battle the impact of a global semiconductor shortage.

On Tuesday, figures released by the Society of Motor Manufacturers and Traders showed that 215,312 cars were registered in the U.K. during September 2021. This represents a decline of 34.4% compared to the same month in 2020, with the SMMT describing it as the "weakest September since 1998."

In a statement, the industry body said the "ongoing shortage of semiconductors" had impacted vehicle availability.

The SMMT also noted, however, that "September was the best month ever for new battery electric vehicle (BEV) uptake."

"With a market share of 15.2%, 32,721 BEVs joined the road in the month, reflecting the wide range of models now available and growing consumer appetite," the SMMT said.  The best-selling car for the U.K. market in September 2021 was the Tesla Model 3.

The Best Watch of the Year Is Also the Thinnest