Less than a month before The Walking Dead kicks off its 11th and final season, the long and bitter legal war between former showrunner Frank Darabont, CAA and AMC is over.

In the dictionary definition of a strategic whimper not a bang, the cabler just filed paperwork with the SEC declaring that they have paid out $200 million to the Shawshank Redemption director and the uberagency to end the dispute.

“The Settlement Agreement provides for a cash payment of $200 million (the “Settlement Payment”) to the plaintiffs and future revenue sharing related to certain future streaming exhibition of The Walking Dead and Fear The Walking Dead,” says the understated filing (read it here).

“With regard to the Settlement Payment, the Company has taken a charge of approximately $143 million in the quarter ended June 30, 2021 in consideration for the extinguishment of Plaintiffs’ rights to any compensation in connection with The Walking Dead and any related programs and the dismissal of the actions with prejudice, which amount is net of
approximately $57 million of ordinary course accrued participations,” the 3-page document continues.

“The Settlement Agreement also includes customary provisions included in such agreements, including providing for mutual releases, covenants not to sue, waivers, confidentiality, non-disparagement and indemnification for third party claims.”

All of which means this saga is done like a walker with a knife through the head. While a bit of a surprise after almost a decade of harsh words, personal and corporate humiliation, and hyperbole, the timing of the deal makes sense. The TWD Universe is set to see the mothershow wrap up in the next couple of years with a supersized conclusion and several spinoffs to take flight. That growth would undoubtedly see more projects added to Darabont and CAA’s complaint under the spinoffs aspect of the ex-showrunner’s contact. Additions that could increase their demands by tens if not hundreds of millions.

Launched back in late 2013 at the near height of the blockbuster zombie apocalypse series’ popularity, the Blank Rome and Kinsella Weitzman Iser Kump Holley represented EP & CAA were seeking around $300 million in profit participation payouts in what has become a multiple lawsuit situation. Coming about two years after Darabont was unceremoniously axed from TWD, the case also spawn similar legal actions against AMC in subsequent years from Walking Dead creator Robert Kirkman as well as Gale Anne Hurd and other executive producers, past and present, over the show and its spinoffs.

Delayed due to the coronavirus pandemic, a trial for the Darabont and CAA suit was set to start in April 2022. Up until today’s revelation, the Praetorian Guard of pricey attorneys on both sides put forth a battle ready public face, though rumors of talks by the parties have been circulating for the past couple of months.

During the AMC’s first quarter earnings call with Wall Street analysts, company executives said they expected free cash flow of $200 million in 2021. In light of today’s announced settlement, the filing says, the company now expects free cash flow to be roughly at break-even.

AMC Networks has not set the date for its report of second-quarter earnings, but it will be over the next few weeks. First-quarter results were mixed, with profit increasing despite a 6% slide in total revenue compared with the prior-year quarter. As the pay-TV bundle dwindles, AMC Networks is increasing emphasizing its portfolio of niche streaming services, forecasting they will surpass results from traditional linear TV over the coming years.

The last season of The Walking Dead debuts on August 22 and, split into different sections,  will run for 24 episodes.

Some ETFs cost you more than 1% to trade 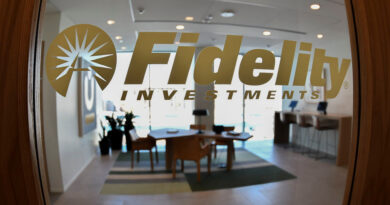 Fidelity Investments on a hiring spree, with 375 new jobs slated for Colorado