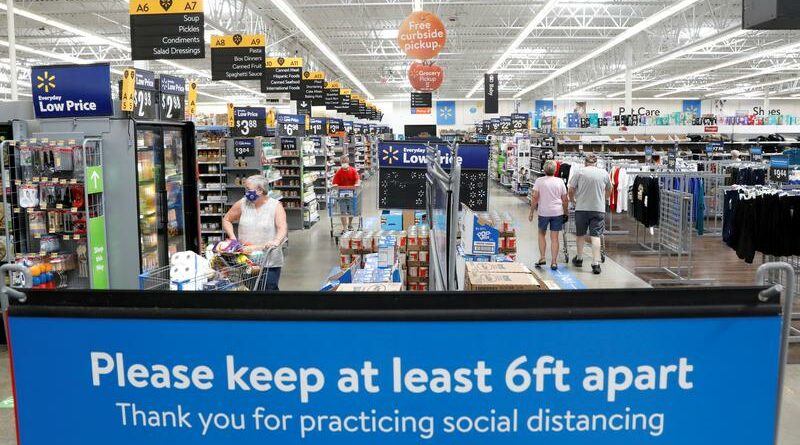 (Reuters) -Walmart Inc on Tuesday raised its annual sales and profit forecast in anticipation of soaring demand during the crucial holiday season even as global supply chain woes hit its margins in the third quarter.

Major retailers including Amazon.com have been struggling to bring products into the United States ahead of the peak shopping season due to shipping logjams, shuttered factories in parts of Asia and a scarcity of raw materials in the recent months.

Walmart, which has been chartering its own vessels to move goods, said U.S. inventory was up 11.5% ahead of the busy festive season.

“We have the people, the products, and the prices to deliver a great holiday season for our customers and members,” Chief Executive Officer Doug McMillon said in a statement.

The bold forecast from Walmart come in contrast to rival ecommerce giant Amazon, which issued an underwhelming fourth-quarter outlook and warned of higher costs during the holiday period to weigh on a surge in demand for online shopping.

In the third quarter, sales at U.S. stores open at least a year rose 9.2%, excluding fuel, benefiting from higher grocery demand and people buying more at stores. Analysts had estimated a gain of 7.04%, according to Refinitiv data.