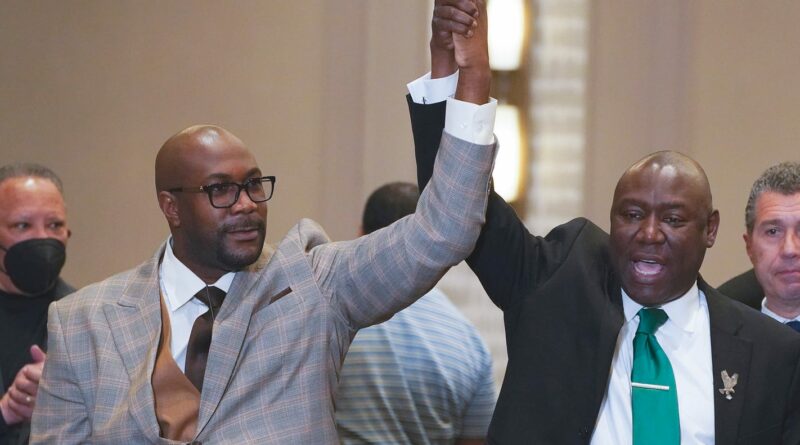 Under the knee of a Minneapolis police officer for more than nine minutes, George Floyd said time and again he couldn’t breathe.

A sense of relief mixed with jubilation was palpable among Floyd’s relatives Tuesday after a Minneapolis jury found the man accused of killing him guilty on all three charges, including second-degree murder.

The family thanked the legions of advocates and protesters who pursued justice since Floyd died last May 25 while handcuffed and pinned to the ground by Derek Chauvin. They also vowed to continue fighting for those who have been unjustly killed by law enforcement.

Brother Philonise Floyd said he has heard sympathetic messages from people near and far, some from such distant countries as Ghana, Brazil and Germany.

Cheers and tears in George Floyd Square: ‘Today is the beginning of the healing work’

Terrence Floyd, the rare Floyd brother who set off for New York City rather than stay in the family’s home base of Houston, thanked activists Jesse Jackson and Al Sharpton – both of whom were present – for their longtime commitment to civil rights.

He also expressed gratitude that so many relatives were able to witness the day when justice was made in his late brother’s name, and said he would salute him daily.

Minutes before the news conference, the family heard from President Joe Biden, who shared his satisfaction with the verdict and his commitment to push for a police-reform bill called the George Floyd Justice in Policing Act. The legislation passed the House but has not received a vote in the Senate.

Biden said he told the relatives that achieving justice and equality for all Americans would require not only changing laws but also hearts and minds.

Analysis: Derek Chauvin’s conviction is progress, but it ‘will do nothing to change’ urban policing on its own

“The guilty verdict does not bring back George, but through the family’s pain they’re finding purpose so George’s legacy will not be just about his death but about what we must do in his memory,’’ Biden said.

Another Floyd brother who was in Minneapolis for the verdict, Rodney Floyd, said it was imperative to pass the George Floyd bill, and he underscored that it wasn’t just one racial or ethnic group that should rejoice over the trial’s outcome.

“This is a victory for all of us. There’s no color boundary on this,’’ Rodney Floyd said. “This is for everyone who’s been held down, pinned down. We’re standing together in unity.’’

Opinion: Charles Barkley’s ‘joke’ wasn’t funny, and neither was his defense of it