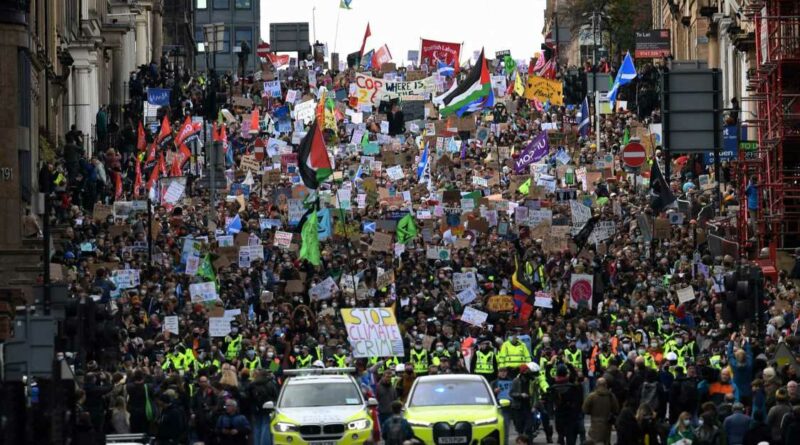 LONDON — Big businesses are beholden to shareholders financially, but there is currently no requirement to disclose climate-related achievements — or lack of them.

Accountability has been a big topic at climate summit COP26, ongoing in Glasgow, Scotland. Per Heggenes, chief executive of the IKEA Foundation, told CNBC's Steve Sedgwick last week that firms that don't adopt climate targets "should be discriminated against."

COP stands for Conference of the Parties, and this year's meeting comes six years after the landmark Paris accord was signed by nearly 200 countries to limit rising global temperatures to 2 degrees Celsius above pre-industrial levels and to "pursue efforts" to cap heating at 1.5 degrees Celsius. Several agreements have so far been made, such as a commitment to end deforestation by 2030 and reduce methane emissions by 30% by the same year.

As well as government pledges, corporate reputation is also set to stimulate progress, with U.K. Finance Minister Rishi Sunak announcing that by 2023, it will be mandatory for most large British firms to publish a "clear, deliverable" plan outlining how they plan to decarbonize.

However, the commitments made will not be mandatory — instead, the market will "determine if these plans are adequate or credible," according to an online statement. "Investors, through their stewardship, may use their influence and their votes to encourage more ambition or accelerated progress," it added.

As well as aiming for net-zero emissions in their own operations by 2050, the idea is that firms in the alliance won't fund clients that don't commit to doing the same. "We will have the feedback about who is doing well, who needs to do better, and also in terms of policy, what's there and what's not," Carney said at COP26 last week.

"This is a reputational thing," Heggenes said of firms that choose not to accept such targets. "It's not about financial litigation or anything like that, or punishment. This is about reputation in the companies," he told CNBC.

If firms can't demonstrate their progress, they may lose out on investment, according to Andrew Steer, CEO of the Bezos Earth Fund, an organization set up by Amazon founder Jeff Bezos to fund climate projects.

Steer told CNBC: "These members, [which manage assets worth] 100 trillion [dollars], are going to increasingly be saying, look, we have to demonstrate that we, the financial institutions, can get to net zero. That means that the companies we put our money into have to be on that journey."

It's a sentiment echoed by Ben Black, director at private equity firm Verlinvest, a backer of oat milk company Oatly, among other businesses. He described the current era as one of "conscious capitalism," and said successful firms "should not require climate or ethical trade-offs," in an email to CNBC.

Verlinvest funds companies that have environmental, governance and social factors as part of their reason to exist, while Black said legacy businesses may focus on ESG for reputational reasons.

"To some extent, for larger more established brands fear of a bad reputation may play a role, because they have a reputation to preserve," Black said.

For Salesforce's Vice President & Global Head of Sustainability Patrick Flynn, firms will also be scrutinized in terms of what is going on in their supply chains. "Any company's reputation is forevermore inseparable from their full value chain. Operational excellence is no longer enough. This means that your customers are counting on their suppliers – your company – to play a part in enhancing their own reputation," he told CNBC by email.

"Accountability by reputation" can make a difference at a country level, according to a report by nonprofit One Young World and law firm Mishcon de Reya, released Monday.

"Climate activism alone does not ensure accountability in the climate policy world, which has relatively little regulation in general," according to "The Global Youth Climate Inquiry," report.

"What can make a difference, as has been created in international climate agreements like the Paris Agreement, is accountability by reputation. If a country wants clout at the next Conference of Parties, it needs to show progress and effort to achieve its Nationally Determined Contribution," it stated. A Nationally Determined Contribution, or NDC, refers to a country's efforts to reduce emissions, outlined as part of the Paris Agreement.

For Ella Robertson, managing director of One Young World, reputation is one reason why companies (as well as governments) might focus on reducing their own emissions. "Ultimately, I don't really mind why people take climate action as long as they take climate action," she told CNBC by phone. "If there's a sense that some companies are being insincere because of their track record, then let's call those companies to account," she added.

Young people increasingly want to work for firms that have a purpose beyond simply making a profit, Robertson said. "They don't want to be part of brands that they'd get given a hard time about working for," she said. 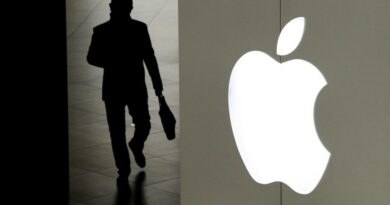 Apple could be mystery tenant in the Flatiron Park, Boulder