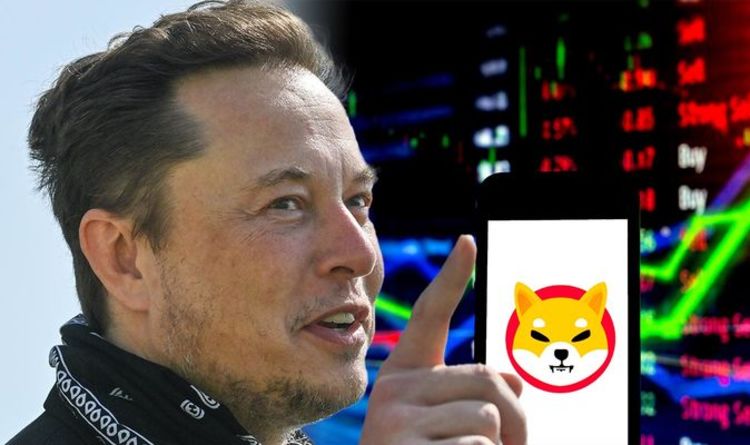 The Shiba Inu is a breed of hunting dog from Japan but cryptocurrency enthusiasts know this creature more as the face of a new digital coin. Shiba Inu emerged as one of the top traded tokens this week, surpassing dogecoin, making significant gains on Wednesday after unconfirmed speculation Robinhood may be preparing to list it.

The value of the Shiba Inu coin has shot up by around 60.47 percent in the past seven days according to CoinMarketCap.

The platform shows the digital currency has jumped by 214.73 percent in the past seven days which is the most significant jump of any crypto on the platform – followed by Axie Infinity at 71.85 percent.

But will Shiba Inu coin reach $1? Express.co.uk speaks to cryptocurrency experts about the new digital currency and whether it will reach $1.

Currently, SHIB is ranking at 20th on CoinMarketCap with many cryptocurrency experts attributing the flurry of excitement about the digital coin to recent social media interest.

CMO of cryptocurrency exchange platform Gate.io Marie Tatibouet believes this rate of interest and price rises are not likely to last.

She told Express.co.uk: “It is highly unlikely the coin will reach $1 since that will make Shiba Inu a multi-trillion dollar asset. I don’t see that happening any time soon.”

Ms Tatibouet added Mr Musk’s Shiba Inu photograph was one of the key drivers for the price surge in the meme-based digital coin.

She said a recent petition has two million signations and therefore it is likely SHIB will “eat up more 0s”.

Mr Butler told Express.co.uk: “Although Shiba Inu has enjoyed phenomenal growth of late, it’s still trading at 0.00002148 which is a long way off the mark.

“Therefore, it is highly unlikely for Shiba Inu to get close to $1 (at least in the short to medium term).”

He added if the coin were to continue to rise in value, there would be a stronger case for wider scale adoption of meme coins at the government and regulator levels.

Shiba Inu has grown more than 8,000 percent in the last year according to the expert – but its future performance is “susceptible to extreme volatility” and therefore investors should take care.

Luis Carranza, the founder of Fayre Labs said is it mathematically impossible for this digital coin to reach $1 “without some drastic crypto event.”

The cryptocurrency expert told Express.co.uk: “A $1 Shiba would have a $1 Quadrillion market cap. Even at one-tenth of a cent, the market cap would be 1 trillion, which is borderline plausible but still extreme.

“BTC market cap is 2T so there are significant market forces making. $0.01 Shiba a long shot.”

Mr Carranza added the floor for Shiba is not zero nor will it ever be.

There is enough infrastructure and support for a slow gradually drop in price with lots of spikes and drops in the price, he added.

With such peaks and drips, money can be made with this digital currency.

Jason Fernandes, advisor to Tecient and CBO of NFT Technologies said the digital coin would not reach $1 because although its overall market cap is growing quicker than expected, it would need to grow by many multiples before it hit $1.

Mr Fernandes told Express.co.uk: “Unlike Dogecoin, Shiba does not even get the privilege of calling itself a meme-coin because despite its many problems at least Doge has its own blockchain and is actually a “coin”.

“In contrast, Shiba is merely an Ethereum based meme token with no actual utility.” 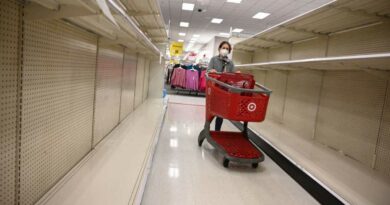 From stimulus checks to pandemic busts: How investors will gauge earnings in the quarters ahead