Home » Crypto » A New World Built Up By NFTs 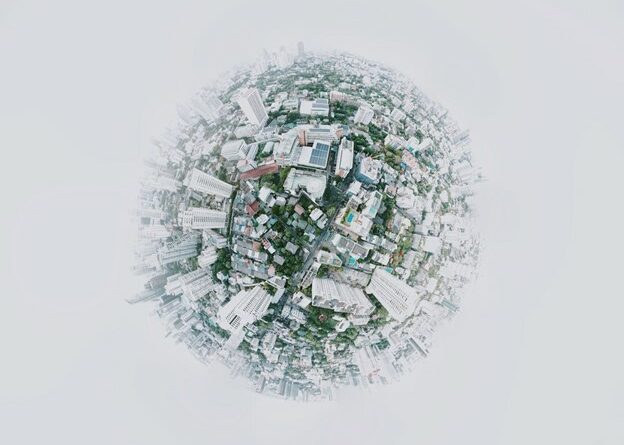 The metaverse was a big deal when it was first proposed. In Neal Stephenson’s 1992 sci-fi novel, Snow Crash, the metaverse is a virtual copy of the real world that people can interact with by wearing special “data goggles.”

Back then, the idea of the metaverse seemed quaintly optimistic. Nearly 30 years ago, it was hard to imagine how our online social interactions would become more extensive and diverse than in real life. And perhaps even more importantly—how they would be monetized.

The concept of NFTs (non-fungible tokens) goes back at least as far as Yoni Assia’s 2012 paper “bitcoin 2.X (aka Colored Bitcoin),” but their popularity exploded with Ethereum’s NFT standard. In the last year, NFTs have come to enable monetization and true self-ownership in the metaverse as a multi-billion-dollar industry.

Not only could NFTs serve as proof of ownership for scarce assets such as art or real estate—they could also represent purely virtual properties such as game avatars or digital trading cards in blockchain-based collectibles games. Now, the blockchain project Next Earth is building up a virtual replica of our planet, using NFTs as land titles to create a new virtual world.

In Next Earth, land ownership is represented by non-fungible tokens that can be bought, sold, and exchanged on a blockchain-based marketplace. By creating an immutable record of who owns what parcel of land in the virtual world, Next Earth aims to create an experience intertwined with our physical reality.

The concept of “immutable land titles” may sound mundane, but it’s actually a very powerful tool that allows users to take part in robust economies and societies without relying on centralized authorities like governments or corporations for permission or control.

Next Earth allows users to buy digital parcels of land using BNB, the Binance Smart Chain native token. They can either keep these parcels themselves or trade them with other users through the NFT marketplace.

The idea is not only to provide a layer of ownership but also for users to become landowners with meaningful value. The economy will feature multiple layers: trade where you can buy and sell NFTs, and in the future, the ability to create pixel-based “land art,” as well as the ability for players to build out their own virtual shops and resources.

Beyond the metaverse: reality as a service

Blockchain has the potential to create an entirely new economy for virtual goods that could rival the current one in real-world value—if we have the infrastructure in place to support it. We are at the cusp of entering into a new era for avatars, games, and social interaction itself.

And with this comes tremendous opportunity—the tools are now in place to enable us to leverage our online identities more extensively than ever before. If Next Earth is successful, it could usher in a new wave of interest in virtual real estate. The metaverse may have originally seemed like science fiction but now it feels like something that might become our reality sooner than later.

Of course, we see several other players in the metaverse ecosystem. Decentraland, Cryptovoxels, Somnium Space, and many other projects are working on building up their own metaverses to create new kinds of online communities. However, Next Earth is the only metaverse to offer virtual tiles of Earth as NFTs. Famously, Facebook is also working on its own virtual world, although it has no plans to use NFTs.

These metaverses are the building blocks for new online experiences that will emerge in the near future. Since our virtual selves are going to be critical to how we interact with these metaverses, it’s worth thinking about what kind of online identities we want people to have there. The current crop of social media apps obsessively track and monetize our data, but what if we could create an alternative set of tools that focus more on our interactions and ownership?

Ultimately, a major component driving adoption of blockchain products and services isn’t monetary value so much as it is accessibility and self-custody. By allowing non-fungible tokens (NFTs) and other features built around them, blockchain projects enable users to participate in their respective ecosystems with true self-ownership.

The problem with centralized metaverses

Since centralized metaverses like Facebook don’t enable users to have self-custody over their digital identities, there’s a risk that these platforms may abuse that power. For example, Facebook could use its position as the “metaverse platform” to try to quash competition from other online communities or cause trouble for game developers who don’t share its worldview.

A few years ago, it would have seemed impossible for our daily lives on computers and smartphones to look like this. But today, when we log into our social media accounts via crypto avatars and interact with friends around the world through decentralized applications built on blockchains, this future feels inevitable rather than utopian.

Coinbase is Positive About Cryptocurrency Regulations in Japan

Cryptocurrencies Are Volatile, but Are They a Bad Investment?