Home » Crypto » $ADA: What IOG Is Doing To Help ‘Unlock Micropayments on Cardano’

Recently, IO Global (aka “IOG”, formerly known as “IOHK”), the company responsible for Cardano’s R&D, together with Obsidian Systems, explained what is being done to “drive the development of use cases based on the Hydra Head protocol.”

In a blog post published on 17 September 2021, Sebastien Nagel, Software Engineering Lead at IOG, said that one of the exciting developments enabled by the Alonzo upgrade was “Hydra, a key layer 2 solution to further improve Cardano’s scalability layering a new protocol on top of the existing layer 1 blockchain.”

According to Nagel, here are the concerns that Hydra aims to address:

“In a blockchain network, a consensus algorithm creates a secure and trustless environment by ensuring agreement on a transaction history. Cardano uses Ouroboros, an efficient proof-of-stake consensus algorithm, for this very purpose. But Cardano also, just like any permissionless blockchain, faces challenges when trying to scale to achieve the throughput required to support applications in the real world, including payment, identification, game, or mobile services…

“Cardano transactions incur fees. The people who run the network (in the case of Cardano, the stake pool operator community) need to be rewarded appropriately for the part they play, so fees need to be set at a sustainable level. Users want to pay fees they deem acceptable. In addition, the blockchain needs to be protected against Denial-of-Service (DoS) attacks, for example.

“Fees can therefore not be set so low as to open up undue risk – DoS events must be made prohibitively costly to a potential attacker. Storage is also a concern, as an ever-growing transaction history can lead to storage problems. Effectively, the most successful blockchains risk becoming ‘victims’ of that very success.“

On September 21, IOG Co-Founder and CEO Charles Hoskinson commented on Hydra during an interview with “Cheeky Nick”, a co-host of the YouTube series “Cheeky Crypto”.

“So when you look at things like Mithril, Hydra, you know these are extensions of known concepts. Mithril is a threshold signature idea and they construct these proof certificates and then when you do transactions, they’re paired with proof certificates, and it gives you the inclusive accountability… it’s not a new idea. It’s like 10 years of talking about this stuff we just implemented. It’s a lot of hard cryptography to implement, but once it’s done, it’s done. And it’s more about how you distribute the certificates and build them.

“Hydra Is everything Lightning wanted to be when it grows up… The hard part is the fact that Bitcoin is not programmable. So 95% of your effort is trying to figure out how do you get a model that’s not designed for this to work with this…

“With the extended UTXO and Plutus, there’s enough there that you can build rich, isomorphic, state channels. So basically, you can take state and assets and you can batch and bundle them together and put them into a layer two solution and then you can use it for micro transactions, you can use it for a smart contracts…

“But then you can build modules on top of it to do specific applications, like DEXes, voting, these sets of things, and in particular one area I’m very interested to use Hydra in 2023 is to reuse that technology for you to do all the stuff we’re doing right now with Catalyst and voting…

“What if you could do it all off-chain in a layer two network that batches and bundles and then it creates an aggregate that you put on chain that’s a small data payload, but then you can verify at any given time that those votes were counted correctly. Well, that’s what Hydra does in a nutshell, and it can do it for a smart contract. It can do it for a payment. It can do it for an asset.

“What we thought was really important is to treat Hydra like an applied research program. So what we did is we got a small team, we got DApp developers like SundaeSwap and others, and we said, ‘build it with us, so as we build, you integrate and we talk back and forth, and we de-risk parts of the protocol, and then we have a 3-4 week release cycle’.

“So if you go to the Hydra’s GitHub repository, the entire release schedule is there on the project page. And you see the releases that we’ve done and the capabilities these release have, and we will work our way up over a reasonable period of time to a 1.0. That’s a good foundation for a DApp developer to take and integrate into their infrastructure for a lot of the off-chain stuff that they do.

“Now, who will run that infrastructure? Well, the way we designed it, stake pool operators can and the developers themselves can and other people can and it just becomes another augmentation to Cardano. And what’s cool is [that] it’s a foundation for other protocols, like a tail protocol for micro transactions or a voting protocol or these types of things… And you kind of know that you get a lot of guarantees with this system.

“So, it’s slow to start because you have to do a lot of applied research, but once that research is over and done, and you have a strong foundation, it’s easy for people to take it and build apps on top of it into other tools like Mithril that you have as you think about how do I build an ecosystem around this.“

“The Hydra family of protocols is one of the key components of Cardano’s layer 2 scaling journey. The Hydra Head is the first in this suite of protocols. It provides the foundation on which to build out further scalability. The Hydra Head is an off-chain miniledger between a relatively small group of participants, which works similarly but faster than the main on-chain ledger. Here we introduce Hydra for Payments – open-source developer tooling for implementing payment solutions in the Cardano ecosystem.

“Initially, the API will directly map the primitives and domain of the Hydra Head protocol and provide convenient manipulation of Heads. Over time and in response to developers integrating Hydra for Payments, we will add specialized or auxiliary features that cater to specific micropayment use cases…

“Hydra for Payments tooling will gradually roll out to assist developers in managing credentials, managing the entire Hydra Head lifecycle, and interacting with Heads through a common convenient interface. The Hydra Head protocol is undergoing some important enhancements in Q4, which won’t immediately affect the initial Hydra for Payments interface. A functional demo portion of Hydra for Payments will focus on a limited fast payment system allowing a group of people to opt into a Head and transfer assets at unmatched speed and cost.“ 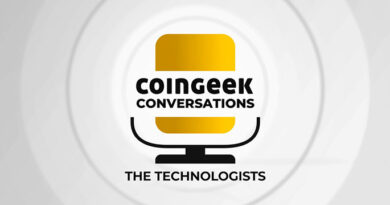 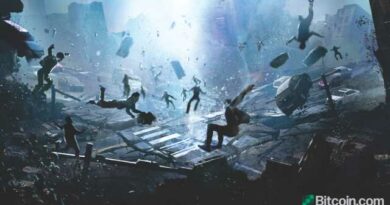 Chinese Economist Says if Bitcoin Is Widely Adopted: 'We're All Going to Die, This Is Not a Joke' – Featured Bitcoin News