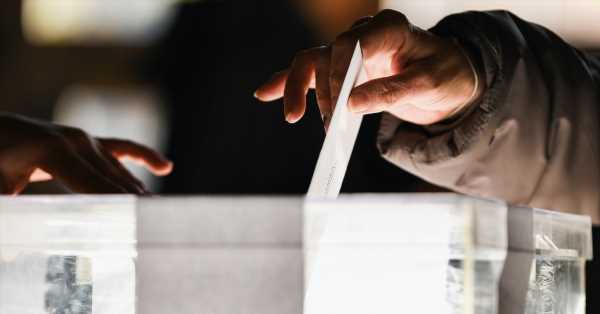 Aragon Association, the stewards of a protocol that makes for the easy creation of decentralized autonomous organizations (DAOs), has announced its acquisition of voting project Vocdoni from Estonia-based Dvote Labs Oü. The purchase was completed in December for an undisclosed price.

Vocdoni team members received an undisclosed amount of ANT, the native token of the Aragon network, as part of the acquisition, according to Vocdoni CFO Joan Arús in a phone interview with CoinDesk.

Born out of the 2017 Catalan independence movement, Dvote Labs’ staff mostly consists of Catalans who experienced the suppression of a democratic vote firsthand. At the time, Catalonia tried to secede from Spain, which was deemed illegal. The vote ultimately fell flat after police suppression, riots and high-profile arrests.

Vocdoni combines decentralized infrastructure such as the InterPlanetary File System (IPFS) with bleeding-edge zero-knowledge proofs (zk-SNARKs) in an effort to bring democracy into the 21st century, Arús said.

The project, while not crypto-first, uses the Tendermint consensus mechanism also employed by the Cosmos blockchain. Vocdoni is built on Ethereum, however. The protocol exists in a crowded room of other digital governance structures including Compound Finance and MakerDAO. Yet Vocdoni’s governance module is not necessarily directed toward financial ends only, Arús said.

Aragon Association acquired Vocdoni in order to scale its current project and to make DAOs global, the firm said.

“Vocdoni’s technology allows for infinitely scalable, free and anonymous voting with on-chain settlement. For us, that’s the Holy Grail of blockchain voting,” Joe Charlesworth, the group’s newly appointed executive director, said in a statement. “While we recently made a breakthrough to allow for off-chain voting with on-chain settlement, the privacy aspect and the usage of a sidechain and oracles to settle votes on-chain is, in my opinion, unparalleled.”

For now, Vocdoni will continue working on local votes with municipalities and private organizations, Arús said. The addition of Ethereum throughput solution ZK-Rollups is expected later this year and should make the project capable of conducting elections consisting of the entire earth’s population, Arús claimed.

“It’s super expensive – millions of dollars – to do a proper election. We thought we could do better than that,” Arús said.

The acquisition comes hot on the heels of 12 resignations in the greater Aragon ecosystem, one from Aragon Association and 11 from Aragon One.

Team members vaguely accused the Association of a lack of transparency in both leadership decisions and with the project’s initial coin offering (ICO) funds. Indeed, some 52,000 ETH ($62.4 million) from the ICO fund was recently converted into largely stable assets without general disclosure to the community.

The Vocdoni acquisition was unrelated to the ICO funds’ movement, Charlesworth said.