Shares of blockchain mining stocks rallied this week. Among them was Argo Blockchain PLC (LSE: ARB). The London Stock Exchange-listed company shares rose this week after reporting first-half revenue stronger than many had expected.

The company increased its revenue to £31.1 million, up 180% from £11.1 million in H1 2020. This embodies an increase in production coupled with a volatile stretch of price movement with digital currencies. Argo’s mining margin was 81%, a sharp rise from 39% a year earlier.

The company’s first-half results reported increasing its EBITDA by 332% to £16.0 million despite a £6.2m downward revaluation of digital assets and a £1.6m share-based payment charge. Pre-tax profits finished at £10.7 million against £500,000 in the corresponding period, while earnings attributable to shareholders amounted to £7.21 million, up from £523,000 in 2020.

Argo Blockchain is a block reward mining company. They tied their fate to the performance of altcoins like BTC.

Argo Blockchain mined 883 BTC, down from the 1,669 mined the year before. They attributed primarily the decrease to May halving, which reduced the BTC subsidy reward. The total number of BTC held at the end of June was 1,268 tokens, up from 127 during the same period last year.

Mining capacity grew from 1,075 petahash as of 30 June 2021 up from 685 petahash on 31 December 2020. Argo Blockchain announced further expansions earlier this year, with the company purchasing 160 acres of land in West Texas to build a new BTC mining facility. Argo Blockchain expects they will complete the first stage of this facility in the first half of 2022.

CEO Peter Wall stated, “We have capitalized on a change in market conditions in the first half of 2021 to deliver strong growth in both revenues and profits, demonstrating that our smart growth strategy is delivering value to shareholders.” 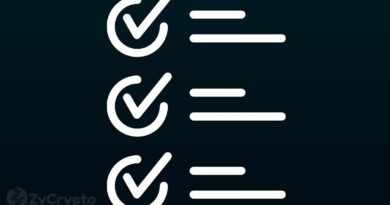 Bybit adds Cardano, Polkadot, and Uniswap to its trading platform