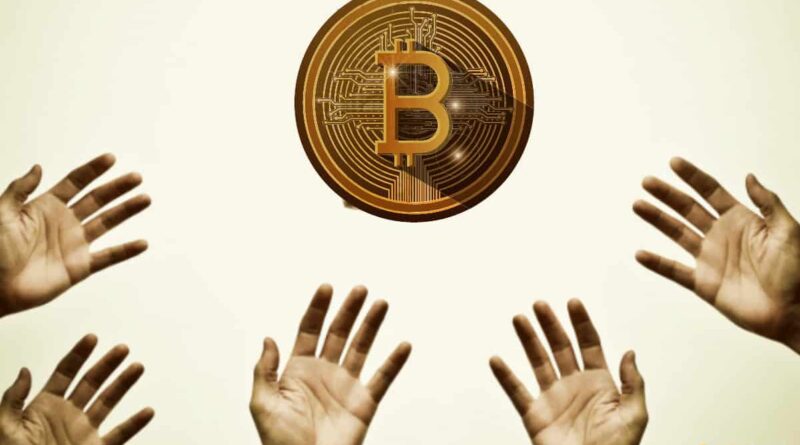 Bitcoin price recently broke past $50,000 as the entire crypto market experienced a surge. Investor sentiment has been greatly skewed into the positive with this break of the $50K resistance point, increasing the buy pressures all around the market.

There are various tools used to measure how investors are currently feeling towards a particular asset. In this case, the Fear & Greed Index helps to measure the general sentiments around the top coins in the crypto market. The week has started on a high note with the Fear & Greed Index index at a score of 79 today. Putting sentiments around top coins like bitcoin in the region of extremely positive. 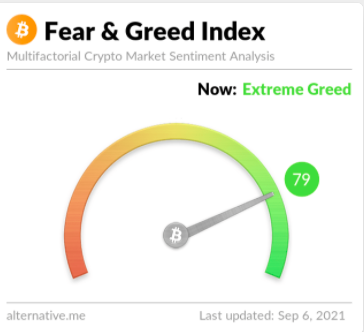 The market has spent the last week in greed according to the Fear & Greed Index. Now, following bitcoin going to $52K, the pin has now moved straight into “Extreme Greed.” This is a result of investors, both old and new, clamoring to get their hands on as much bitcoin as possible. At this point in time, accumulation looks to be the name of the game.

The Fear & Greed Index jumped six points in the span of 24 hours to land at 79 on the index, which put it directly in the “Extreme Greed” territory. Measuring emotions and sentiments in the market have shown that investors have gotten into the phase where they want to get their hands on the top cryptocurrencies in the market.

For Bitcoin, this means that the asset is nowhere near being done with its current rally. Testing above $52K earlier, the digital asset had been thrown back downwards as the price mounted a resistance at this point. But this dip would not last long as bitcoin promptly found its footing above $51K again. With investors buying back into cryptos, the price of bitcoin looks set to mount another rally from its current point.

Market analysts have put the price of the digital asset at $100,000 by the end of the year. While this may seem ambitious, accumulation patterns continue to point towards this being the most likely endpoint for the asset. September has historically been one for the bears, so the dips at this point are understandable. With the market picking up momentum after each dip, a price surge towards $60K looks imminent.

Tomorrow will see the first country in the world to accept bitcoin as legal tender. The country of El Salvador had announced earlier in the year that it was accepting BTC as a legal tender alongside the dollar. The set date for this law to go into effect was put at September 7th, which has sparked a lot of interest in the digital asset.

With the adoption less than 24 hours away, the market has responded quite positively to this news. Today, the price of bitcoin broke $52K for the first time since May, marking the continuation of the current bull market. And as El Salvadorans get ready to use BTC as a legal means of exchange, the world watches in anticipation of how the implementation will go.