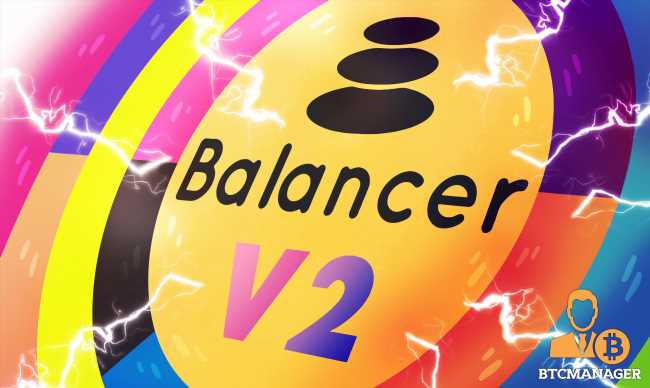 Balancer Labs has successfully rolled out Balancer V2 after more than one year in development. The team says Balancer V2 comes with a new, more welcoming user interface and significantly reduces gas costs for users.

According to the team, Balancer V2 comes with a brand new, more welcoming user interface that allows liquidity providers to invest in pools with “any combination of tokens” and “any amounts” provided the tokens are supported by the pool.

Notably, the team says those entering the Balancer ecosystem can now access valuable information via Balancer.fi just as before, however, it now has an added functionality, which is to route trade through the most efficient protocol.

“We decided to refresh the brand now to better reflect our values and customer promises of being flexible, efficient, and secure. A clean and simple user interface was one thing that was missing in earlier iterations of Balancer and this updated experience makes it much simpler for traders and liquidity providers to use the platform.”

Unlike Balancer V1, assets from all pools are stored in a single vault, enabling users to enjoy very low gas costs and a better experience.

“Some may say there is more intrinsic risk to having funds in a single smart contract. Security is our number one priority, so we had many discussions on this point. Throughout the design process, we discussed every trade-off in-depth to ensure security at every step.”

In addition to offering users cost-efficient swappings, dynamic fees and a more colorful, easy-to-use interface, the team say Balancer V2 governance has transitioned to a multi-signature system made up of  11 transaction signers including Alexander Lange, David Hoffman, and Synthetix’s Kain Warwick, amongst others.

The team has made it clear that liquidity will soon be migrated from Balancer V1 to V2 and the entire Balancer protocol will move to a new and more trustless program for BAL liquidity mining.

As reported by BTCManager earlier in April 2021, Balancer Labs rolled out a $2 million bug bounty program to incentivize ethical hackers to root out loopholes in the Balancer V2 vault. However, Martinelli has made it clear that bugs are yet to be found in the system.

At press time, the total value locked (TVL) in Balancer protocol sits at $3.49 billion, according to DeFiLama, while BAL token is exchanging hands for $63.14, as seen on CoinMarketCap.

Everything The Felder Report got wrong about Bitcoin