Home » Crypto » Billions Lost, Employees Cut Off — Inside The Metaverse's Bad Run In 2022

If wishes were granted on the metaverse, the first would be to delete the year 2022 from the history books and push on with the highs of 2021.

The metaverse had resonated in crypto spaces for a while but boomed in late 2021 when Facebook founder Mark Zuckerberg joined the train announcing a metaverse platform and changing the company’s name to Meta.

This year may have crushed the hopes of many as the metaverse recorded a series of unfortunate events. Leading the pack is Meta’s poor outing this year. Their flagship game, Horizon Worlds, has fallen short of users’ expectations. Things got out of hand when it was revealed that Meta’s staff were unhappy with the game.

Away from Horizon Worlds, Meta’s virtual reality division lost over $3 billion in the third quarter of 2022, a shocking increase from its second-quarter loss of $2.7 billion. Meta’s financial losses led to the company letting go of about 13% of its employees after Zuckerberg announced that it would sack 11,000 employees.

Following Meta closely are Sandbox and Decentraland, who were tipped to become the future of the metaverse after early prospects. After losing thousands of daily users this year, both platforms have recorded a combined loss, almost hitting $10 billion, with Sandbox losing $4.4 billion while Decentraland lost $4.92 billion.

Is there light at the end of the tunnel?

After an abysmal 2022 by the future of the internet, several users have lost their early bullish drive in the sector. However, executives and creators in the sector remain hopeful that just like the crypto winter and seasonal bear market, the downtrend in the metaverse will soon be an old story.

Despite record losses this year, Zuckerberg has asked users to keep the faith alive because of the “countless possibilities” that come with the metaverse. On the technology, he acknowledged the fact that graphics are not so great at the moment but restated his commitment to a “better experience in the future.”

Sebastien Borget, the co-founder of Sandbox, has expressed optimism in the small successes recorded this year across metaverse platforms and hopes for a greater 2023 in the industry. 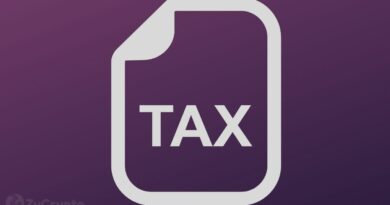