Crypto exchange Binance wants the world to know that it doesn’t conduct any business in China. Also, there’s no such thing as objective reality, so there’s no point accusing Binance of wrongdoing.

A number of digital currency exchanges are scaling back their China-facing operations to avoid risking the (further) ire of Beijing, which emphatically boosted its level of crypto antagonism last Friday. By Sunday, Huobi had announced that it was halting any new Chinese customer sign-ups and would purge all China-based accounts by the end of the year.

Rival exchange Bitmart went one better, pledging to boot all China-based accounts by November 30. Similar ‘the party’s over’ notices have emanated from a host of smaller exchanges like Biki and trading information platforms like Feixiaohao. Even crypto pricing sites got caught up in the crackdown, as CoinGecko and CoinMarketCap found their sites blocked by China’s great firewall.

But not all exchanges are rolling over so easily. Binance is publicly claiming that the company “does not currently hold exchange business in China,” but Binance appears to have chosen its weasel words carefully to avoid admitting that it deals with major OTC traders who act on behalf of China-based crypto whales.

Binance’s innocent act derives from its public proclamation of blocking China-based clients in 2017, mere months after the site’s debut. But just as Binance.com continued to welcome U.S.-based derivatives traders long after claiming they were no longer welcome on the platform, Binance’s China ban proved far more bark than bite.

Three years after said ban, Chinese state-run media detailed the ease with which reporters were able to register and trade on Binance’s Chinese-language platform, despite the reporters listing Beijing as their place of residence. Binance boss Changpeng ‘CZ’ Zhao claimed the reporters had accessed a ‘test website,’ a patently transparent dodge he presumably hopes will forestall a stint in a ‘test prison’ should a plane on which he’s traveling develop engine trouble and make an unscheduled landing on mainland soil.

In its comments this weekend to Western media, Binance had the stones to claim that it “insists” on compliance with local regulations regardless of where it operates. This historic devotion to regulatory edicts must explain why the company spent most of the summer curtailing operations in numerous markets where it was deemed to be offering prohibited services to local residents without local permission.

Binance.com bumped up its compliance theater efforts in August by claiming that it will require customers to complete Intermediate Verification in order to access the site’s products and services. But as we’ve repeatedly witnessed, Binance is very enthusiastic about announcing new rules and utterly disinterested in enforcing them.

Binance.com takes a slightly more serious approach to its Singapore regulatory obligations, having just announced the suspension of most services as of October 26 following the local authorities’ latest shot across the bow. CZ, who claims Singapore as his primary residence, clearly wants to be able to return to his main crib at some point in the future without worrying what unfortunate event might transpire as he’s clearing customs.

Meanwhile, CZ continues to wander the world, never knowing where the next regulatory hammer might fall, sounding increasingly like Bela Lugosi in Ed Wood: “Home? I have no home. Hunted. Despised. Living like an animal. The jungle is my home. But I will show the world that I can be its master. Well, that’ll happen someday. Right now, I need to remember where I put my fake Zimbabwean passport…”

Follow CoinGeek’s Crypto Crime Cartel series, which delves into the stream of groups—a from BitMEX to Binance, Bitcoin.com, Blockstream, ShapeShift, Coinbase, Ripple and
Ethereum—who have co-opted the digital asset revolution and turned the industry into a minefield for naïve (and even experienced) players in the market. 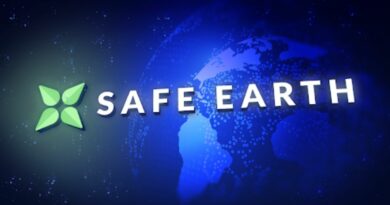 SafeEarth Announces Over $200K in Charitable Donations This Year