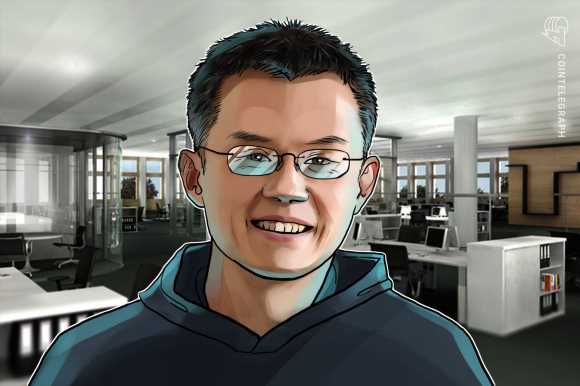 Data from Woobull shows Bitcoin’s 60-day volatility steadily declining since the start of 2021. However, figures from the investment research portal AlphaQuery show that Tesla and Apple stock prices still have significantly lower 60-day volatilities over the same period.

Speaking during an interview with Bloomberg TV on Monday, the Binance chief argued that crypto’s volatility was not unlike the situation in the stock market, adding: “Volatility is everywhere […] It is not unique to crypto.”

For Zhao, yield chasers who are often not as committed to crypto projects as the actual true believers are often to blame for choppy price actions due to their large numbers.

“There’s always a large number of people having the herd mentality than the guys who actually do serious research.”

The executive’s characterization of crypto believers as being more “die-hard fans who understand and really love the project” is consistent with his previous remarks about his personal disposition to the industry as a whole.

Back in April, Zhao revealed that he holds nearly 100% of his net worth in cryptocurrencies.

The crypto market is enjoying a Monday of significant gains, with the total market capitalization up more than 4.5% in the last 24 hours.

Ether’s (ETH) climb to breach the $3,000 mark for the first time ever has been the highlight of the day especially among the top-10 ranked tokens according to market capitalization.

Bitcoin appears set to test the $60,000 mark for the first time since mid-April, which preceded a minor correction below $50,000 on April 24.