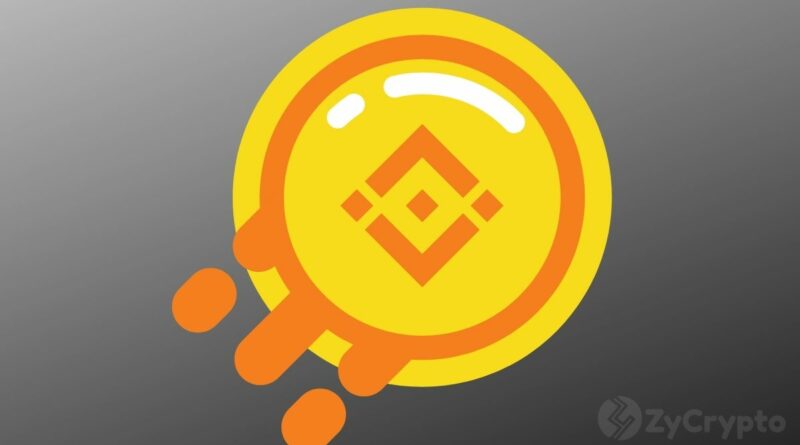 The year has been good for the digital assets industry so far, with various cryptos seeing huge gains, the most notable of which has been bitcoin, which has reached a new all-time high above $52,000. Altcoins, however, haven’t been doing badly either, with several seeing their prices spike due to increased market participation and other factors.

The latest of these gains is with Binance Coin (BNB), the native token of Binance, one of the biggest crypto exchanges in the world. This token recently scored the feat of becoming the third-largest cryptocurrency in the world by market valuation.

This new market position is significant not just because it puts BNB right behind BTC and ETH with a market cap of over $40 billion but also because it represents a price increase of 500% in the last 6 weeks and over 100% in the last week. The current market price of BNB is now $255 and it’s one of the few crypto exchange native tokens to have reached such highs. 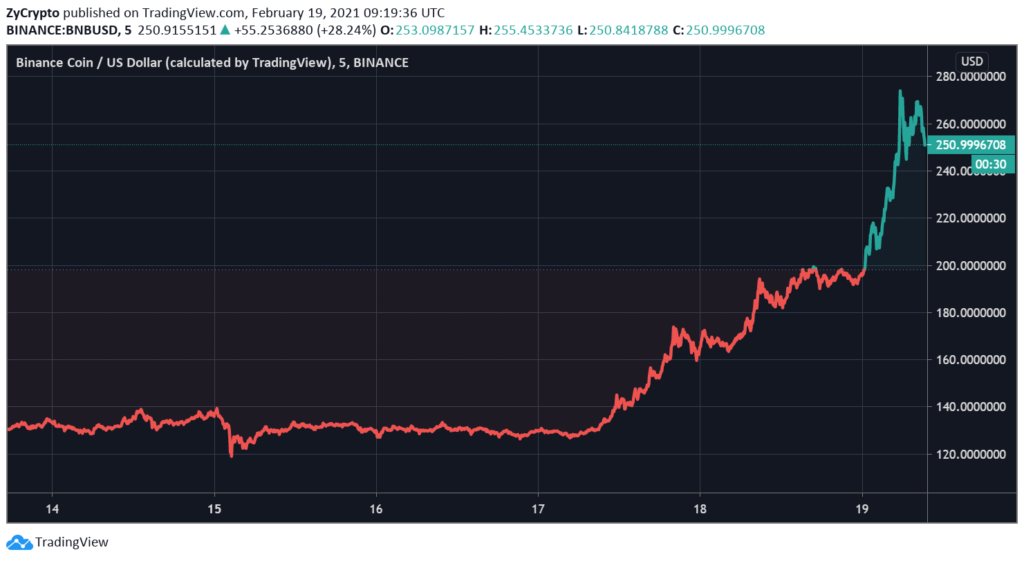 But Binance the exchange has also been doing well in the last few months. There has been a sharp influx of new traders, both retail and institutional into the crypto market and this has spelled good news for exchanges like Binance.

Back in January 2021, Binance hit a new record in terms of trading volume in a 24-hour period on January 4. The trades in question totaled a whopping $80 billion and reflected just how much demand there is for cryptocurrency trading services.

“To put this in perspective, from Nov 15, 2017, to Dec 15, 2017, the month leading up to the ATH in 2017, @Binance did $20 billion in trading volume in 1 month. And we were the largest with those volumes back then,” said Changpeng Zhao, the CEO of Binance, following the announcement.

From Mastercard to PayPal to CashApp, it seems that many large firms want to get in on the crypto action and as such, exchange tokens like BNB will likely turn a profit for many years to come.

Zhao also called out other exchanges that refuse to list the BNB token. According to him, the decision to not list the token will eventually backfire.

“It’s interesting many exchanges won’t list the 4th largest crypto. It shows a finite mindset. And they still don’t understand that it limits their own growth. As #BSC/#BNB gets bigger, this effect will become increasingly clear,” he tweeted, adding that BNB has grown 480x its initial price in three and a half years.

CNBC Counter Indicator Does it Again; Bitcoin Bounces Back in 8% Surge