Bitcoin Association is planning to file reports with law enforcement agencies and pursue other legal remedies against a malicious party who has launched several attacks on the BSV, BTC and BCH networks.

The most recent incident concerned involves so called “reorg attacks” on the BSV network, part of an effort to disguise double-spend attempts. The exact nature and possible motive for the attacks remains unclear at this stage, but Bitcoin Association and the Bitcoin SV Infrastructure Team are monitoring the situation and gathering data.

A reorg attack happens when a group of miners collaborate in secret to attempt to create their own “new chain” of transactions, mining future blocks in advance of others with an intent to split the blockchain in two. Ordinary chain reorgs are a remedy built into Bitcoin‘s (and several other blockchains’) code should a natural discrepancy arise, but a reorg attack occurs when someone attempts to intentionally create two alternate and competing chains.

In a statement published today, the Switzerland-based Bitcoin Association said it and the BSV ecosystem “have zero tolerance for illegal activity.” It’s in the best interests of the entire blockchain and digital currency industry to work together to make sure this sort of illegal activity is dealt with as quickly as possible, it added.

In many ways, these incidents and others like it show a need for industry-wide efforts to combat hacks, thefts, ransomware and other wrongdoings that damage its broader reputation.

“Blockchains cannot themselves prevent bad actors. But by working together with exchanges, miners, transaction processors and other industry participants, collectively we can facilitate a safe and trusted environment for users of the Bitcoin SV network. There have been prior attacks on other blockchains, and it is time that industry participants demonstrate that such attacks are in fact illegal – just as attacks against other financial systems are illegal – and will be met with legal enforcement action. The Association will continue to maintain a zero-tolerance stance for illegal activity on the Bitcoin SV network and will respond to all malicious actors and activities accordingly.”

As well as notifying the relevant authorities about the recent attacks on BSV, Bitcoin Association said it will work with any affected parties, including exchanges whose wallets may have sent or received some of the funds in question.

The two groups said they have identified the address 1G47mSr3oANXMafVrR8UC4pzV7FEAzo3r9 as being connected to the attacks. This address is listed on the Bitcoin Abuse database as also being used in blackmail scams, ransomware and sextortion attempts. Since it has existed, the address has received over 1.1 million transactions and 399,110 BTC.

The public nature of Bitcoin’s blockchain makes information like this more transparent. It highlights the fact that—rather than enabling crime—blockchain can in fact make it easier to analyze and gather data on criminal activity, if the right processes are in place. This involves education, understanding and building stronger relationships with investigators, regulators and law enforcement around the world in order to take prompt action as soon as they occur.

In these cases, disputes and rivalries between blockchain projects become less important than protecting the industry as a whole. Attacks on any network affect media coverage and reliability that could reduce trust in blockchain technology if ignored or left unpursued.

Some blockchain proponents have shied away from any notion of regulation or law enforcement action against bad actors or miners, often seeking their own internal “solutions” to the problem that do little to prevent it happening again or offer redress to victims.

That, however, is changing—there have been growing calls lately for the industry and those working within it (especially developers and miners/transaction processors) to consult more closely with regulators and other relevant authorities.

“There will always be criminals, but BSV ecosystem will use the law and technology to ensure that crime does not take root in our ecosystem. We hope this is only crime and not an unethical commercial attack from other platforms who do not want to compete fairly on a level playing field,” CoinGeek founder Calvin Ayre said. 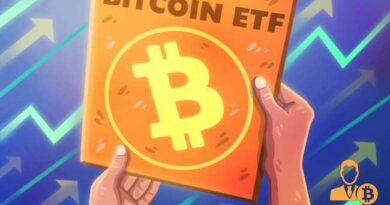 Libra Isn't a Cryptocurrency. It's a Glimpse of a New Asset Class

There Are 3 Million Ether (ETH) Locked Into Decentralized Finance