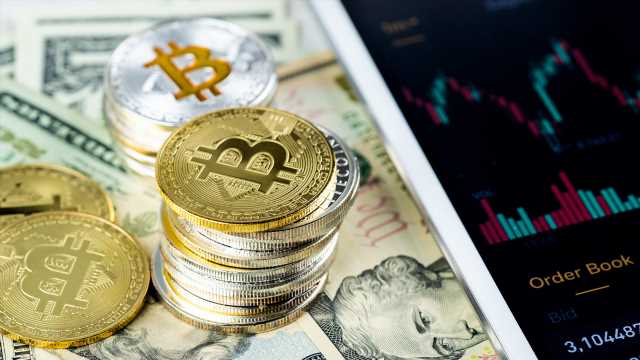 Digital currency prices are on the move again, after tumbling a hair downwards during Sunday evening’s trading sessions. On Sunday the price of bitcoin dropped -7.64% after touching a lifetime price high at $49,715 and then slid to $45,915. As trading sessions entered into Monday, BTC has regained some of the losses as it jumped northbound 4.62%.

Bitcoin (BTC) and a slew of digital assets saw some significant losses yesterday, after a few crypto assets touched new all-time highs (ATH). BTC has been awfully close to the psychological $50k region, but hasn’t managed to cross the price zone yet. On Sunday, the price came really close at $49,715 per unit but tumbled downward after reaching that point. Bitcoin cash is currently trading for $719 per coin and has a $13.4 billion market cap. The tenth-largest blockchain, in terms of valuation, is chainlink (LINK) which is exchanging hands for $33.86 per unit.

Jack Purdy: ‘Today’s Bitcoin Chart Is Near Identical to August 2017’

While many traders are discussing a few crypto markets reaching new ATHs, people are pondering if we are nearing the bull run’s top. On February 11, Civic founder Vinny Lingham said that when BTC reaches the $50k zone it should surpass it quite easily.

“Just a hunch, but I think bitcoin blows through $50k on the first attempt,” Lingham tweeted.

In another tweet, Lingham shared on Monday, he referred to a chart shared by Jack Purdy, which compares the August 2017 BTC/USD chart with the current 2021 BTC/USD chart.

“It’s pretty mind-blowing that the bitcoin chart is damn near identical to August 2017. Anyone need a refresher for what happened next?” Purdy asked.

Yup. This isn’t a bubble, yet. The next bubble is still coming…

A Healthy Correction and Regrets

Etoro’s Simon Peters said that even though BTC dropped in value after the peak, it was a perfectly normal correction. “Bitcoin climbed once more over the weekend, with strong buying on Sunday, propelling the price to a new peak,” Peters told news.Bitcoin.com in an investors note on Monday.

“Bitcoin rose more than 25% during the week, to finish at yesterday’s peak,” Peters continued. “The price boost came after a series of major announcements from companies, including Tesla. Tesla’s move sparked further announcements from other industries last week, with many of the leading names in banking and finance announcing similar plans to integrate crypto assets,” the analyst added.

Having peaked overnight, bitcoin pulled back marginally Monday to around $47,000, but this is normal as some investors opt to take profits.

Meanwhile, it doesn’t seem like the Chinese New Year crypto dump came to fruition this year. After prices were looking overheated, investors took profits and stepped off into the sidelines temporarily, but are now back. The fact that BTC prices are where they are today, is still quite surprising to some investors who missed the train. For instance, the head trader and founder of Asenna Capital, Assad Tannous, told his 95,000 followers a regretful statement.

US growth is now probably ‘as good as it gets,’ Goldman’s chief economist says

Bitcoin Indicator Suggests A Surge Is Around The Corner