Home » Crypto » Bitcoin to $50K & Beyond: Argo’s Peter Wall on the Future of BTC 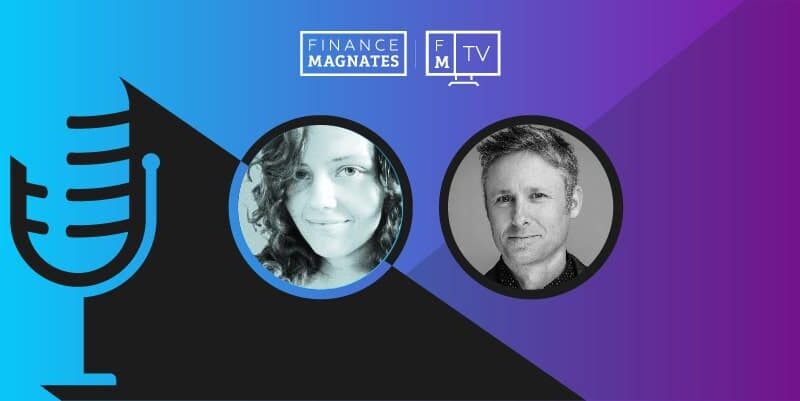 Bitcoin’s passage through the $50,000 mark has been a huge moment for the industry. Just a few short months ago, bullish analysts were predicting that Bitcoin may end 2021 over the $30K mark. However, things have moved much more quickly than almost anyone could have expected.

As such, the amount of interest suddenly coming into the Bitcoin world from around the globe has been significant. Bitcoin is booming, and everyone wants a piece of it.

Recently, Finance Magnates sat down with Peter Wall, chief executive of Argo, to speak about how Bitcoin’s meteoric growth is transforming the global financial world, and what needs to happen before widespread adoption can truly become a reality.

This is an excerpt that has been edited for clarity and length. To hear Finance Magnates’ full interview with Peter Wall, visit us on SoundCloud or Youtube.

Argo is a company that describes itself as “a publicly-traded blockchain technology company focused on large-scale cryptocurrency mining.

“Argo was born out of the 2017-2018 bull run and the interest that happened in cryptocurrency back then,” Peter explained. “There were a couple of entrepreneurs out of Canada that looked around and saw what was happening” and were impressed at other opportunities in North America that allowed “ordinary folks to invest in a cryptocurrency company.”

“The original concept behind Argo was ‘mining as a service,’” Peter said. In other words, Argo offers “‘mining packages’ for people at home that could mine on our computers, and then whatever Bitcoin we were mining could go directly to them.”

“That was the story and the narrative that we launched on in August of 2018, when the company became the first cryptocurrency company to list on the London Stock Exchange (LSE).”

However, “very quickly we realized that it was a better business to mine for ourselves,” he said. As a result, the company began to do just that. Since then, the company has also begun to act as an investor in a select number of other projects in the cryptocurrency and decentralized finance (DeFi) space.

Now, “we think of ourselves as a blockchain technology company,” Peter said. “We’re interested in being around for the long term, and being a part of this force that is changing the world’s financial system as we know it in real time.”

“Bitcoin is obviously a huge part of that…but at the same time, there’s lots of innovation that’s happening beyond Bitcoin.”

Peter took over as chief executive of Argo roughly twelve months ago. We joked that because of Bitcoin’s meteroic rise over the past 12 months, he couldn’t have picked a better time to do so. However, Peter pointed out that the first six months of the past year contained many harrowing moments for Bitcoin.

“The timing has been great, but for the first six months, you might have said the opposite,” he said. “Bitcoin had that night that I’ll never forget, when it fell from $10,000 to $5,000 in a flash in March 2020; then the halving brought some ‘white-knuckle’ moments.”

“It’s been trial by fire, for sure,” he said. “And the last six months have been incredible.”

Peter explained that he sees the last six months as the culmination of many of the forces that have been at work in the crypto sphere and at Argo for quite some time: “there’s an expression: ‘he was an overnight sensation fifteen years in the making,’” Peter explained.

“Sometimes it does feel like it’s happened really quickly,” Peter continued, adding that he thinks of Argo’s growth much like the way that Bitcoin has grown: “it’s been around for 12 years now, and there’s a track record and a credibility to the network and the system that it’s created.”

“It feels like it’s happening all of a sudden, but it’s actually been building for many, many years.”

Large, round numbers “tend to be trading barriers” for Bitcoin

Therefore, Bitcoin’s crossing past the $50,000 mark that took place earlier this week–while it may have been shocking for some–was a moment that many in the industry have been anticipating for years.

We asked Peter about the significance of the number 50,000 and why it has generated such a huge media cycle. “It’s a round number that’s halfway to 100,000,” he said.

“All of these round numbers”–like $5,000, $10,000, and $50,000–”seem to be barriers,” Peter explained. “I think a lot of people put stop-losses into their trading systems at certain numbers.” Therefore, “more than just psychological barriers,” these numbers “tend to be trading barriers.”

Therefore, Peter predicted that although BTC broke through $50K on Tuesday (hen the interview was recorded), “it’ll take a couple of ‘punches’ at $50K before we break through [permanently], just like it did at $40K.”

“This thing never goes straight up–there are always ups and downs, and that’s part of the fun of it,” Peter said.

But as far as big, round numbers go, $50K does seem to be especially important: “it’s remarkable that we’re there,” Peter said.

“People have been saying for a year that Bitcoin is going to break its all-time high and get to $20K, and then it just blasted through it, and continues to climb.”

“It’s outpaced my expectations,” he said. “But who knows where it’s going to end up.”

“Why would you not want to have an asset that is constantly appreciating over time as part of your portfolio?”

In the short-term, the news cycle that has been generated by the $50K milestone (as well as the announcements by Tesla and Mastercard that seem to have driven it there) has predicted that other large companies may soon be adding Bitcoin to their balance sheets.

However, Peter believes that these kinds of predictions may have jumped the gun: “I don’t know how quickly companies like Apple and Google are going to get in [to Bitcoin]”, he said.

“Michael Saylor at Microstrategy was the guy who sort of ‘set the course’ and has been sharing with everyone how he did it. Since then, we’ve seen PayPal and Square and Visa and Mastercard all talking about crypto.”

“But I don’t know how quickly that’s going to sink through to corporate America,” Peter continued. “These tend to be conservative organizations that don’t adopt things quickly, and that’s part of their strengths, and also a huge part of their weaknesses.”

“It doesn’t make sense to be burning coal to make Bitcoin. That’s just not cool.”

And indeed, there are certain parts of the Bitcoin universe that need to be addressed before companies may feel comfortable adding BTC to their balance sheets. AvantiBT chief executive Caitlin Long pointed out some of Bitcoin’s accounting issues in a recent Twitter thread.

1/ HAPPY #TESLA DAY, #bitcoin! Two things in the announcement caught my eye🧐& are worth pondering.🤔

* Tesla plans to accept bitcoin as payment but "may or may not liquidate upon receipt." Why? pic.twitter.com/yYO4OpaZOt

However, beyond accounting and tech infrastructural issues, Bitcoin also has a bit of PR problem when it comes to sustainability.

“[Sustainability] is a super-important part of Bitcoin, particularly as it becomes more mainstream,” Peter said, adding that “you’ve heard people like Michael Saylor talk about the importance of using renewables to mine Bitcoin.”

“Our facilities in Quebec use hydropower, which is 100% renewable power,” he said. “We also just announced that the facility that we’re going to be building in Texas is in a part of west Texas where over 90 percent of the grid is powered by wind and solar power.”

Peter explained that Argo’s goal is “to have the vast majority–and, hopefully at some point, all of our machines–being powered by renewable power.”

“It doesn’t make sense to be burning coal to make Bitcoin. That’s just not cool,” he said. “The planet has enough problems as it is [without] adding carbon to the atmosphere to create Bitcoin.”

This is an excerpt that has been edited for clarity and length. To hear Finance Magnates’ full interview with Peter Wall, visit us on SoundCloud or Youtube.

Ethereum Price Plunges to $125: Can Bulls Save the Day?