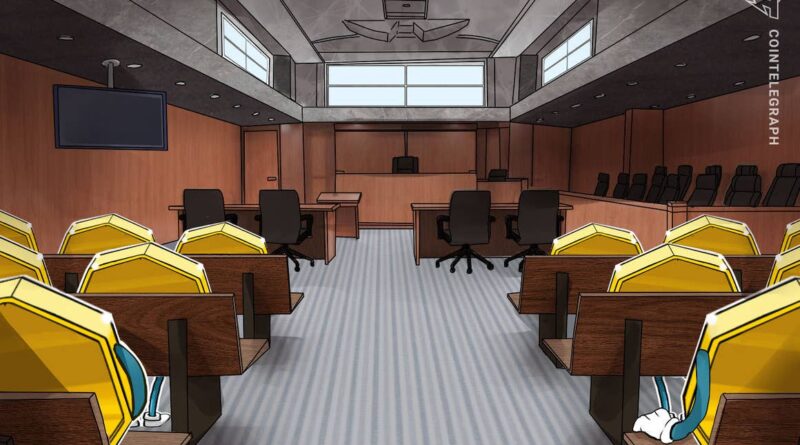 Former director and promoter of the notorious Bitconnect Ponzi scheme, Glenn Arcaro, has pled guilty to fraud charges related to his role in the now-defunct crypto exchange and lending platform

He has been ordered to pay back $24 million to investors.

In a parallel action in the long-running saga the United States Securities and Exchange Commission (SEC) has charged Bitconnect, its founder Satish Kumbhani, former director Arcaro, and Future Money Ltd. over the scheme. The defendants are accused of running a fraudulent, unregistered securities offering that netted $2 billion.

The latest developments come three years after BitConnect shut down its lending platform and crypto exchange in light of warnings from Texas and North Carolina regulators.

Bitconnect has been widely accused of being a Ponzi scheme, and the scheme lives on in countless memes.

According to a Sept.1 release from the Department of Justice (DoJ), Arcaro pled guilty to charges alleging conspiracy to commit wire fraud.

The Los Angeles resident admitted to conspiring with “others” to exploit investors by “fraudulently marketing” BitConnect’s coin offering and crypto trading platform as a highly profitable investment.

The 44-year-old also admitted to misleading investors about the “BitConnect Trading Bot” and “Volatility Software” as being able to generate large profits and guaranteed returns by using investor funds to trade on the volatility of crypto markets.

Arcaro is said to have operated a large network of promoters in North America that formed a pyramid scheme dubbed the “Bitconnect Referral Program.” He earned around 15% per investment into BitConnect’s lending program, while he also received a cut from all investments via a hidden “slush” fund.

The former promoter admitted to earning around $24 million from his fraudulent activities and has been ordered to pay back the full amount to investors.

“Arcaro capitalized on the emergence of cryptocurrency markets, enticing innocent investors worldwide to get in early by promising them guaranteed returns, and exploiting the internet and social media to reach a larger pool of victims with greater ease and speed,” said Special Agent in Charge Ryan L. Korner of the IRS Criminal Investigation’s (IRS-CI) Los Angeles Field Office.

Related: Crypto is too big to exist outside of public policies, warns SEC chair

According to Sept. 1 complaint, the SEC alleges that the defendants conducted a fraudulent and unregistered securities offering via BitConnect’s lending platform between 2017 and 2018, that generated approximately 325,000 Bitcoin (BTC) worth $2 billion at the time.

The complaint asserts that users were duped into investing in the lending platform via claims that BitConnect’s trading bot would produce guaranteed returns of 40% a month, and accused BitConnect of posting “fictitious returns” on the website equating to an average of 1% per day, or 3,700% annually.

“These claims were a sham. As Defendants knew or recklessly disregarded,BitConnect did not deploy investor funds for trading with its purportedTrading Bot. Rather, BitConnect and Kumbhani siphoned investors’ funds off for their own benefit and their associates’ benefit.”

The SEC notes that the whereabouts of BitConnect’s founder Kumbhani is currently unknown.

The SEC is seeking a full disgorgement of funds, the enjoinment of the defendants from violating securities laws in the future, and civil monetary penalties.

In May the SEC charged six other BitConnect promoters for their role in the alleged insecurities offering, and Cointelegraph reported on July 8 that the SEC had closed in on settlements with four of the six individuals.

Not to Be Outdone by Facebook, Google Displays Coinbase Adverts Again