CoinGeek Backstage is back, and Becky Liggero Fontana kicks off the series with an interview with CoinGeek founder Calvin Ayre backstage at the CoinGeek Conference in Zurich. She began by asking Calvin, why Zurich?

Ayre said that the CoinGeek Conference had toured a number of major international cities already, and with Zurich’s reputation as a financial center, it was a logical next step. Zurich is also of strategic importance to the region in spreading the word about the BSV enterprise blockchain, providing an ideal launchpad for the technology across the German speaking markets of central Europe.

He discussed how CoinGeek has evolved from covering the origins of Bitcoin in those early days, with cyberphunks and anarchists looking for alternatives to government systems, through to the much more mainstream technology platform espoused today. He said with BSV blockchain, there had been a move towards enterprise and governments, bringing a maturity and credibility to the space that was previously lacking. For Ayre, only governments and enterprises can propel the technology to the mainstream—and this happens once they understand how BSV blockchain can solve their practical data problems.

They spoke about the need for a rebranding, and a move away from the baggage of Bitcoin for BSV. Ayre said there was a desire to get rid of the brand confusion disaster caused by BTC. If governments or enterprise clients hear ‘Bitcoin,’ they immediately roll their eyes, having reached the wrong conclusions of what the BSV blockchain is about.

According to Ayre, this is about solving data problems, and there is a need for a campaign around that aimed at government and enterprise to alert them to what this technology does and why they need it—without any of the baggage that comes from ‘Bitcoin.’

Rounding off, Ayre urged viewers to look out for a CoinGeek Conference in their local city. 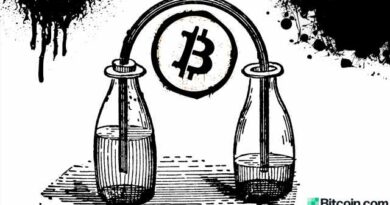 Degens for Hire: Based.Money Is Launching Moonbase, a Place for DeFi Projects to Find Community