On Tuesday (July 26), crypto analytics firm Santiment said that Cardano ($ADA) continues to be the king of blockchains when it comes to the frequency of meaningful GitHub activity.

On 17 April 2018, Valentin Mihov, who was the CTO of Santiment at the time, published a blog post titled “Tracking GitHub activity of crypto projects — introducing a better approach”, in which he wrote:

“GitHub activity is an interesting metric when analyzing ICOs and crypto projects. Developers’ time is a relatively expensive resource and if a given project has a lot of developers dedicating their time and skills it could mean several things:

Of course one could argue that with enough money you can ‘simulate’ developer activity, but I think in practice we are not at the stage where scams are going to invest the money and effort to do that. Also faking dev activity will be quite obvious for someone that check your public GitHub and will compromise the project a lot.“

He went on to say that “tracking commits leads to quite disappointing results,” and that is why Santiment “developed a better methodology for estimating developer activity and this is tracking the number of GitHub events that the project organization generated.”

Featured Image by Quantitatives via Unsplash

TRX Transfers Hit 80 Million Milestone, Where to next? 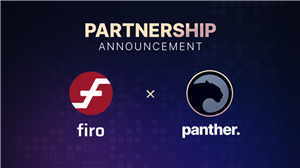 Panther Protocol and Firo Partner up for Privacy Research

These Altcoins Set a New ATH While Bitcoin And Ethereum Tank