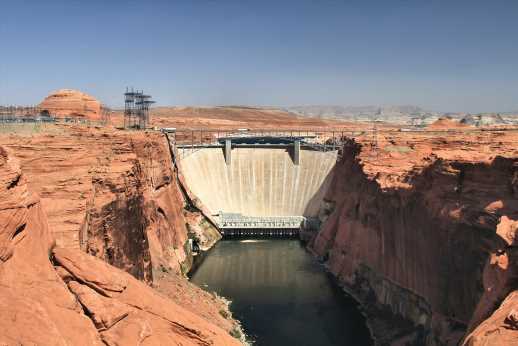 This China Business News article about hydropower stations will blow your mind. It contains revelation after revelation and clears the situation up. Now that Bitcoin mining is prohibited, who’s consuming that energy? How has the government decision affected private enterprises? Well, you’re not going to believe this.

It all started with this tweet by Chinese journalist Colin Wu.

Use Google Translate to read this Chinese report https://t.co/xyMA1uaGlb

The first paragraph of that article clears up what Colin Wu’s first tweet’s all about. Namely, that in the “largest second-hand trading platform, private hydropower stations are being sold in large numbers.” Why is that? Well…

It’s mind-blowing that China has a second-hand trading platform that sells whole hydropower stations, but that’s neither here nor there. The plants are “mainly distributed in Sichuan, Guangxi, Gansu and Yunnan.” Both Sichuan and Yunnan were Bitcoin mining hubs, according to Nic Carter’s report. The reason all of this is happening is that “the huge initial investment and long return on investment often pose huge challenges to investors.”

Apparently, many of the owners had to take out loans. A decade later, in order to finish paying them, they have to sell the power stations. Or at least that’s what the article tries to convey.

According to the article, the heyday of private power plants in China was the beginning of the century. Investors built thousands of hydropower stations because they saw them as a constant cash cow. For their part, the regions nearby saw them as a sign of progress and a solution to their energy problems.

However, with the gradual surplus of electricity in China in recent years, the electricity generated by hydropower stations is often destined to being abandoned (commonly known as “abandonment of electricity”)

Now, Google did most of the translations. So, maybe the phenomenon is not “commonly known as “abandonment of electricity” in other areas of the world. However, the fact remains: Bitcoin mining tends to go where there’s surplus energy available, as our sister site Bitcoinist already told you. The reason for that is simple: energy is cheaper in those areas. Are They Selling Hydropower Stations Due To China’s Ban On Bitcoin Mining?

According to China Business News, nothing could be further from the truth:

Some people have linked this selling behavior to the ongoing rectification of virtual currency “mining” operations. Many small hydropower stations have indeed benefited from “mining”, but the sellers contacted by the CBN reporters all stated that they had their own reasons for the sale.

To prove this, they go into the numbers. In 2011, this one plant sold all the power it generated to the State Grid.

But in 2016, the operator built a Bitcoin “mining” plant near the power station. He rented it out to companies that came to Sichuan to “mine.”

After that, the wind shifted and the tables turned:

Losing all of that revenue is reason enough to sell, and that was Colin Wu’s interpretation of the situation. However, the article’s subjects offer another perspective:

But, are they telling the truth?

The Human Side Of Hydropower Stations

The article does a great job selling the story. They immediately explain the psychology and the mental state of its subjects in a way that makes the reader identify with their situation:

They are all in their 50s and 60s and need to return home to look after their families. The younger generation prefers to go to big cities. No one wants to go to the deep mountains and old forests where these small hydropower stations are located.

And to top it all off:

“Many small hydropower stations generally require only one employee to be guarded. Staying in that kind of place all the year round can make a person feel very lonely.” Some of them said, “You don’t know how to deal with the sound of running water every day. Someone say something!”

That sounds terrible. A question arises: What’s the article’s game? Are they trying to make sure those private hydropower stations don’t sell? Or… is this some kind of reverse psychology play?

The Revelation: They Might Be Trying To Get Rid Of These Hydropower Stations!

The article finishes with a bomb that explains everything:

According to 2020 statistics from the Sichuan Provincial Department of Water Resources, there are 5025 small hydropower stations in Sichuan. Out of those, 4774 are involved in rectification and decommissioning. It’s estimated that 1091 will be decommissioned and 3683 will be rectified.

There’s a reason for that:

“Hydropower stations have always been one of the important factors restricting the ecology of Sichuan’s rivers.” Wang Hua, deputy director of the Sichuan Provincial Water Resources Department, said in 2020

It’s possible that the government is trying to get rid of those plants. That would explain the article’s tone, it seems like it was trying to get investors to stay away from those hydropower stations. In light of this, China’s ban on Bitcoin mining could just be part of an even bigger play. They’re serious and methodically shaking things up over there.

What could be their end-game? Is China just trying to go carbon neutral and repair the original flow of the rivers? Or is there something else at play here?

PayPal's crypto trading goes live in the US 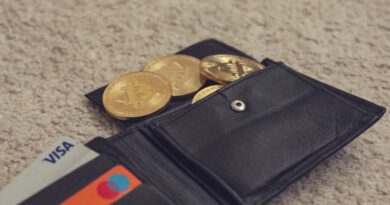 Some Analysts Don't Think Bitcoin Is Ready to Quit