The central banks of China and Hong Kong are embarking on the second phase of an experiment into the viability of the digital yuan in cross-border payments. In this phase, China will link its central bank digital currency (CBDC) to Hong Kong’s Faster Payments System, the city state’s e-banking system that connects banks to digital wallets and electronic payment platforms.

At a recent event in Hong Kong, Mu Changchun, who heads the Digital Currency Research Institute at the People’s Bank of China (PBoC), provided details on the CBDC trial’s recent progress.

In the first phase, the PBoC partnered with the Hong Kong Monetary Authority (HKMA) to enable visitors from mainland China to recharge, transfer and spend the digital yuan. During the trial, the two banks worked with select merchants and several Hong Kong banks. Hong Kong residents could also spend the digital yuan in the Luohu District, Shenzhen province.

With the first phase being a great success, the two are now embarking on the second phase, Mu told the attendees of the Hong Kong International Financial Center Status and Prospects Seminar.

The key highlight from the second phase will be an integration of the digital yuan into the Faster Payments System. This system, launched by the HKMA in 2018, facilitates faster payments by allowing banks and e-wallet operators to make cross bank/e-wallet payments by keying in the recipient’s mobile phone number or email address. The system operates 24/7 and supports the Hong Kong dollar as well as the Chinese yuan.

“In the future, when [China] mainland tourists use the digital yuan to shop in Hong Kong, the foreign currency exchange will be completed between two wallets, and local merchants will receive money in Hong Kong dollars, so there will be no currency substitution,” Mu stated.

Mu previously touted the digital yuan as the key to cross-border trade between China and Hong Kong, saying the pandemic has given the two an excellent opportunity to build the system so that once “the epidemic is over and people can freely travel between the Mainland and Hong Kong, the digital RMB wallet will greatly enhance cross-border payments between the two places.” 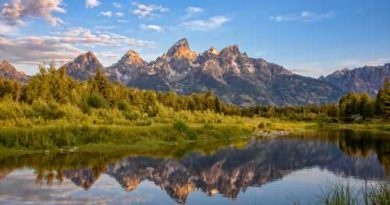