India now has its first digital currency unicorn, and it’s CoinDCX. The exchange has raised $90 million in its latest fundraising round that was led by one of the co-founders of Facebook. It intends to use the funds to grow its customer base and launch new products as it continues to compete with WazirX, the other major exchange in the country.

Following the funding, CoinDCX is now valued at $1.1 billion, becoming the first digital currency unicorn in India. The exchange has now raised a total of $110 million, including the $13.9 million Series B it raised in December 2020.

CoinDCX will channel the funds towards increasing its user base and market share as it continues to compete with its main rival, Binance-owned WazirX.

CoinDCX CEO and co-founder Sumit Gupta stated, “We aim to make a crypto digital asset class in India, these funds will be allocated to strengthen workforce, hiring talent across multiple functions & focus on new business initiatives.”

CoinDCX says it has about 4 million users, but the CEO has set his sights on hitting 50 million in the near future. In addition, the exchange wants to double its workforce from the current 180. It’s also been conducting educational initiatives across India. As CoinGeek reported, the exchange invested $1.3 million in digital currency education in March last year under its “Try Crypto” campaign. As CEO Gupta told CoinGeek in an interview last year, the campaign is meant to “combat negative preconceptions of the industry.”

CoinDCX is also looking to launch new products as it diversifies its services. The first is CoinDCX Prime which will cater to wealthy clients. It will also launch Cosmex, a digital currency-to-digital currency trading platform.

For Gupta, the unicorn status is proof that the Indian market has the potential to become “a global superpower in the world of crypto if given the right environment. Very good things happening in India and you might even see more unicorns coming from the crypto space.”

Litecoin News, is Charlie Lee About to Abandon Ship? 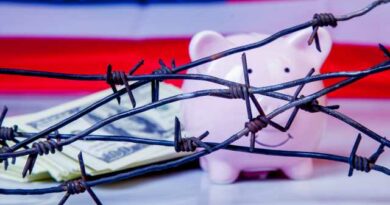 183 Violations: US Government Fines Bitgo for Allowing Users to Bypass Sanctions With Cryptocurrency