The theme for CoinGeek Zurich has been on igniting the power of data and using the BSV enterprise blockchain to do so. To that end, many of the projects—both actual and potential—being discussed at the conference are massively disruptive. But what will the world’s governments make of this disruption? More specifically, what will legislators think of it?

This was the thrust of CoinGeek Zurich’s Blockchain Law and Policy panel, moderated by Bitcoin Association legal counsel and public policy manager Marcin Zarakowski. Zarakowski was joined by four panelists: Tina Balzli, attorney and legal fintech and blockchain expert; Dr. Thomas Dünser, director of the office for Financial Centre, Innovation (SFI) for the government of Liechtenstein; Nino Landerer, head of capital markets and infrastructure at the State Secretariat for International Finance SIF; and Pēteris Zilgalvis, head of unit, digital innovation and blockchain DG CONNECT at the European Commission.

Regulation and policy are important topics to the development of the industry, and as Bitcoin Association Founding President Jimmy Nguyen said in introducing the panel:

“It’s up to all of us to educate our industry as well as the government representatives and the public about how blockchain and digital asset scan grow with innovation while balancing the need to comply with different laws and regulations around the world.”

Balzli and Zarakowski discussed the regulatory environment at home in Switzerland, including sweeping changes to the Swiss financial law catering specifically to blockchain—the DLT law. The changes are to existing legislative framework, updating it across the board specifically to cater to blockchain and digital assets—she gave the example of companies now being able to register their shares on the blockchain under Swiss law.

Landerer agreed and expanded upon the changes:

“Register-based securities will allow peer-to-peer transactions on a blockchain, and you now have the legal certainty that’s going to happen. That’s really a game-changer, because we also had to amend parts of the civil laws.”

“Secondly, an innovation within the insolvency law, you now have the ability for crypto assets to be sheltered in the case of insolvency.”

“Thirdly, DLT trading systems, where you now melt the trading and settlement layer into one new financial markets infrastructure.”

Landerer also said that the laws were an embodiment of Switzerland’s approach to innovation:

“It’s striking this balance between innovation and safety.”

Zilgalvis, dialing in remotely, talked about their approach to proposed changes to regulation at the European level, noting that they don’t approach regulating blockchain generally, rather focusing on specific technologies.

Zarakowski asked Zilgalvis if he thought there was a bigger need for reg clarity now than a few years ago. He replied that blockchain regulation is only just now getting off the ground, while the industry has grown substantially:

“If it were ever true that it moves, the EU moves regulates it, it at least is not true in this case.”

He said that while his colleagues at the European Commission were talking about blockchain as early as 2010, the EU didn’t have regulation in the area until September of last year. In his experience, he says, this isn’t something that innovators in the industry were celebrating:

“Entrepreneurs in this area want to be compliant, they don’t want to be in a gray area. But they want legislation that helps the area to prosper. That’s the approach we took, but also recognized that we needed transparency.”

On that note, Balzli also spoke about how the ‘wild west’ of compliance in blockchain has come to an end: “We’ve experienced a dramatic shift to a much more sophisticated market, both on the sides of start-ups, but part of the movement has largened into the institutional space…. Banks, asset managers, exchanges—this shift has been rather dramatic and is still going on.”

On stablecoins, Zarakowski asked the panel on their opinion on Facebook’s withdrawal of Diem in favor of the United States. Does this mean the U.S. is catching up as a jurisdiction of choice for blockchain projects?

Zilgalvis said: “I think they faced issues with launching Diem in Europe, but this is being solved by markets in crypto assets, which will bring stable coins into the regulated sector which is something that they along with other innovators were asking for. Also, we have our initiative with the European Bank on a digital Euro, undertaking the legal technical and policy analysis on this right now… We’re looking to have an announcement on this from the ECB in the middle of July.”

Balzli was positive on the Diem saga: “What we clearly see is the interest of the U.S. is getting larger in that field, but I really want to mention the groundwork which the regulator FINRA did here on this project, which was phenomenal. So hopefully Switzerland will benefit from this for the future.”

To close, Zarakowski asked each of the panel to give what they think is the key regulatory obstacle for development of blockchain?

Balzli paid high compliments to the strides Switzerland had made: “In Switzerland we have addressed the obstacles quite thoroughly in the new DLT legislation. For the time being, I don’t see major obstacles in Switzerland. To the contrary, it’s a very open space for the business.”

Dünser: “I think the the DeFi topic is very active- our existing financial market regulation is not ready for this.”

Landerer agreed on DeFi. adding: “The fast moving nature of the technology itself—we must keep track while not over-regulating. Second, the cross-border nature of these services. Third, striking this balance between innovation and stability. These are the key challenges.” 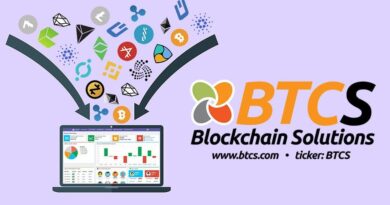