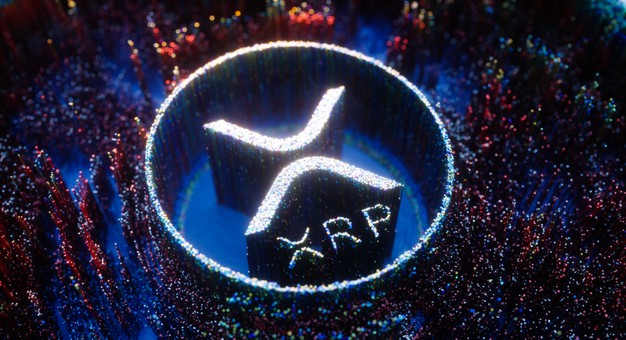 XRP could massively surge in the coming days and weeks according to a recognized cryptocurrency analyst. The expert called CredibleCrypto on Twitter shared his views on the XRP virtual currency and how this digital asset could spike in the near future. Indeed, in the last seven days, XRP was among the largest gainers in the market with a price increase of 13.3%.

The cryptocurrency analyst CredibleCrypto with over 250,000 followers on Twitter, shared a chart in which he shoes how XRP could reach a high of over 3.5 USDT in the future. The chart shows a broadening ascending wedge with five key waves through which the price of the cryptocurrency could move.

Indeed, XRP has already tested four out of the five points drawn in the chart. The last price level that XRP could reach is right above 3.5 USDT, which would represent an increase of over 190% from current prices.

The analyst has also shared another chart from another coin in which the virtual currency experienced the same price increase as XRP could encounter in the future. The fractals are surprisingly similar, showing that it is possible for XRP to start moving higher and reach its previous all-time high.

“The $XRP chart below is from my last Youtube video on XRP made in August. The chart next to it is another coin that I came across today that has the same structure but is one step ahead with the 5th wave already in progress. Do you see it now?”

Although the price of XRP could start moving higher in the next few days, it is worth taking into consideration that the crypto market has been in a consolidation phase for some weeks. Bitcoin retraced from its all-time high above $67,000 and it is now being traded between $60,500 and $62,500. It would be very important to follow the general trend of the market in the coming days.

Despite that, cryptocurrencies are very speculative and volatile assets. That means that it might even be possible to see XRP surging with the entire crypto market being traded sideways. For example, Shiba Inu (SHIB) reached new highs in just a few days and it reached the top 10. The same could happen to XRP that wants to become the third-largest cryptocurrency once again.

Ripple, on a catapult string ready to be launched while XRP is on a warm up session