Beyer’s bill covers lots of ground, including creating statutory definitions for both digital assets and digital securities, with oversight to be provided (respectfully) by the U.S. Securities and Exchange Commission (SEC) and Commodity Futures Trading Commission (CFTC).

Digital assets/securities would also be classified as ‘monetary instruments,’ making them subject to the anti-money laundering (AML), recordkeeping and reporting requirements of the Bank Secrecy Act. All digital asset transactions not recorded on a publicly distributed ledger would need to be reported to a registered Digital Asset Trade Repository within 24 hours to reduce the likelihood of fraudulent activity.

The growing stablecoin sector wouldn’t escape oversight, as Treasury Secretary Janet Yellen would be granted full authority to permit or prohibit stablecoins denominated in USD or other fiat currencies. The bill would also authorize the Federal Reserve to issue its own central bank digital currency (CBDC) and clarify that rival stablecoins aren’t U.S. legal tender.

Beyer framed his legislative proposal as a means of providing “a legal and regulatory environment which promotes this type of innovation and growth.” Beyer characterized the current situation as “ambiguous and dangerous for investors and consumers” due to “rampant fraud, theft, and market manipulation.” Beyer also sounded the alarm over the growing association of digital currencies with ransomware attacks, singling out BTC as “the preferred currency” of malicious attackers.

While Beyer’s bill is a long way from becoming law, there’s no question that the federal government has given up waiting for the digital currency sector to evolve from its extended adolescent state. The bipartisan infrastructure bill recently approved by Congress contains some serious financial implications for digital currency brokers and traders, while new SEC chair Gary Gensler has been signalling his willingness to crack down on digital currency-related consumer fraud.

Washington’s new digital currency focus has already sparked a turf war of sorts between the CFTC and SEC after some current and former CFTC execs claimed dominion over digital currency asset oversight. Former CFTC chairman Christopher Giancarlo got the regulatory Crips v. Bloods ball rolling on Wednesday by tweeting that “only one U.S. regulatory agency has experience regulating markets for #Bitcoin and #Crypto and it is not @SECGov.”

Current CFTC commissioner Brian Quintenz followed up by tweeting that “the SEC has no authority over pure commodities or their trading venues, whether those commodities are wheat, gold, oil….or crypto assets.”

Compared with the hyperbolic antipathy to the infrastructure bill’s tax component, the digital currency sector’s reaction to Beyer’s bill has been more cautious, with some observers claiming they’d welcome an imposition of regulatory order. Other stakeholders have expressed concern, particularly in regards to the stablecoin provisions, which could spell the end of the artificial price-pumping that’s inflated the valuations of such tokens as BTC, ETH and XRP.

Stablecoins were identified as a threat to the existing financial system in a recent academic paper by Gary Gorton, professor of Finance at the Yale School of Management, and Jeffery Zhang, attorney at the Federal Reserve System’s board of governors. The paper, titled “Taming Wildcat Stablecoins,” accuses stablecoins of presenting “systemic risks” to the current financial system.

The authors liken stablecoins to an updated version of the ‘private money’ that circulated prior to passage of the U.S. National Bank Act of 1863. That ‘free banking’ era saw private banknotes trade increasingly below par the further one got from their geographical point of origin, not to mention sparking frequent bank runs that ruined holders of uninsured notes who were late to join the redemption rush.

While stablecoin prices may be less dependent of geography, the authors conclude that stablecoins are “not independent of the perceived risk of their backing assets.” This is of particular relevance to the Tether (USDT) stablecoin, which recently revealed details of the reserves backing its $62 billion market cap that raised infinitely more questions than it provided answers.

The authors offered two ways for the U.S. government to proceed. The first involves transforming stablecoins into the equivalent of public money by either (a) requiring them to be issued through FDIC-insured banks or (b) requiring stablecoins to be backed one-for-one with U.S. Treasuries or reserves at the central bank.

The second option would see the Federal Reserve issue its own CBDC and tax stablecoins out of existence, mimicking the strategy that ended the ‘free banking’ era. Call us crazy, but it’s hard to see the Fed not taking the option that allows it to maintain its monopoly on the issuance of greenbacks.

Should Beyer’s bill be approved, and Yellen wields her newfound authority to banish Tether, USDC and their ilk from U.S. shores—and prohibit any U.S.-based company from having any dealings with unapproved stablecoins—the digital currency market would undergo a serious realignment that could include sharp growth in stablecoins based outside the U.S. and denominated in fiat currencies other than USD.

Stablecoins began as a means for exchanges based outside the U.S. to onboard customers without using U.S. financial channels. These same exchanges are notorious for fueling token valuation by offering excessive leverage then zeroing out traders through unscheduled ‘maintenance’ during market plunges. Small wonder that Binance leader CZ roams the planet like he’s Bin Laden trying to stay one step ahead of Seal Team Six.

Assuming their activities aren’t banned outright, stablecoins seeking a U.S. market presence—whether they’re overseen by the SEC, CFTC or the Girl Scouts of America—will have to submit to far stricter AML, know your customer (KYC) and capital requirement standards than they (or many of their customers) are currently cool with.

A day late, a stablebuck short

That’s a view shared by Avanti Financial Group CEO Caitlin Long, whose company is one of three firms (to date) to be issued special-purpose depository institution (SPDI) status in Wyoming. Long was a guest last month on Stephan Livera’s podcast where the pair discussed, among other things, the stablecoin issue.

Long cited the incredible market cap growth Tether has undergone this year, as well as Circle’s projection that USDC’s cap will hit nearly $200 billion by 2023, as signalling “a point at which [stablecoins] become too big” and practically compelling the Fed to intervene rather than wait until things blow up.

Long offered two possible routes stablecoin issuers will be forced to take to maintain U.S. operations: get a bank charter or register as money market funds. Companies that find either option a bridge too far will find themselves with even larger regulatory targets than the ones currently painted on their backs.

Long believes the main effect of this shift is that “the regulated side of the market that has access to U.S. dollars is going to diverge from the unregulated side of the market that doesn’t.” Companies that already hold significant ‘eurodollar’ cash reserves will undoubtedly continue to fuel the sketchy shadow banking sector. At least, for a while.

While some stablecoin companies may feel like they’ve successfully dodged U.S. enforcement actions to date, Long noted that the statute of limitations for some federal agencies offers plenty of time in which to build a case. So just because an action has yet to be made public doesn’t mean it’s not in the pipeline.

As this week’s UN report on climate change amply demonstrated, the ill-advised actions of the past have set in motion a reckoning that cannot be avoided, even if the relevant parties agree to change their wicked ways. Revenge (and/or justice) is a dish best served cold, and noncompliant companies are about to find out that stablecoin winter is coming. 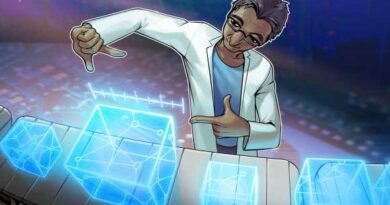 Reddit partners with Ethereum Foundation to boost scaling and resources