Cuba plans on regulating digital currencies and paving the way for their integration into the country’s payment system. The Caribbean country has confirmed that the central bank will set the rules for the industry and issue licenses to virtual asset service providers.

The Cuban government published ‘Resolution 215’ recently in the state-run Gaceta Oficial. It reveals that the Central Bank of Cuba recognizes digital currencies and will pass new laws to police the industry. It will henceforth also require all digital currency service providers to acquire licensing, which it shall issue itself.

Resolution 215 states that Cuba can authorize the use of digital currencies for reasons of socio-economic interest. However, the state will ensure that all the digital currency activities are controlled. These activities must also not involve illegal elements.

Cuba partly follows in the steps of another Latin American nation, El Salvador, which Bitcoin Law recently. However, for the latter, it hasn’t been all smooth-sailing as President Nayib Bukele thought when he announced the move. There have been reports that the president has been behind protests and court petitions against the Bitcoin Law after purportedly realizing he had rushed in too soon. The latest protests against the BTC law took place as recently as Friday, August 27.

Cuba’s central bank will be hoping that its integration will be much smoother. And according to local experts, the country needs digital currencies. Cuba has been facing Trump-era sanctions that have curbed supply of the U.S dollar to the island nation. When Joe Biden took over as U.S. president, many thought he’d ease up on these restrictions. However, he has only added to them and now Cuba is starved for U.S. dollars. In addition, many other nations that previously traded with Cuba are pulling out, further damaging an already bad situation.

Capturing just how dire the situation in Cuba is, Western Union, the leading global money transfer service, exited the market last year. The firm closed over 400 shops in Cuba after operating in the market for two decades.

The move to embrace digital currencies is huge for Cuba, according to Boaz Sobrado, a fintech data analyst based in London.

“It’s historic that they are embracing it,” he told CNBC. “This is a conservative government still set in traditional Marxist ways. In fact, the communist Cuban central bank was founded by Che Guevara. The fact that they are cautiously regulating shows they are interested in what it can bring them.”

XRP is not a Competitor to Other Cryptocurrencies, Ripple Executive Says 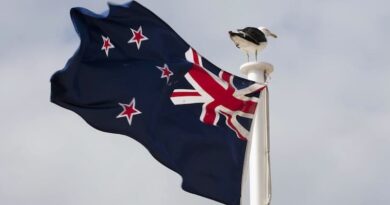