Working for an internet service provider in the 1990s, Dave Perrill witnessed the emergence of a new set of technologies. As the dot-com boom gathered pace, he saw the magnitude of adoption and innovation that occurred on the internet platform.

Dave ventured into blockchain in 2017. He is now CEO and co-founder of Compute North, developing and operating data center infrastructure for computationally intensive applications such as Bitcoin miners. Like the internet back in the 1990s, he believes that his new business is here to stay. And like the internet, he expects blockchain to continue to evolve and be innovated upon.

As a seasoned entrepreneur, Dave thinks at least one out of 50 blockchain businesses will succeed. “Just like the dot-com days where some ideas didn’t actually pull through, some will come to fruition.”

The job of Compute North is to help build up data infrastructure sites and make sure they operate effectively and efficiently.

CoinGeek Conversations host Charles Miller suggested to Dave that if this was the gold rush era, Compute North would be the company that capitalizes on the needs of miners by selling them picks, shovels and pans. Dave agreed with the analogy and points to a bigger trend: “Today’s data centers are fantastic, but they are overbuilt for a lot of applications. They don’t need that level of redundancy. We think crypto can lead the way to provide other things like machine learning, graphic rendering, ecommerce, things that don’t need to be there in real time applications.”

Dave also points out that miners are incentivized to find lower cost energy. “It’s a global competitive network. Driving to the lowest cost is really important—to ride not just the highs but the lows of demand. Eventually these prices will converge.” Dave sees renewable energy as a cost-effective solution and a viable option. “We are seeing customers make a push for ESG [Environmental, Social and Governance] not because it’s the right thing to do and the right narrative for the industry but also because economically, it makes most sense.”

In this episode of CoinGeek Conversations, Dave reflects on the recent CoinGeek Conference in New York City which he attended. Speaking from experience of attending other blockchain conferences such as BTC’s, Ethereum’s and Litecoin’s, he tells Charles Miller that the BSV conference was “very thoughtful.” He goes on to say that the BSV community is “strategically thinking about the future, the differentiators, and how it would apply to the rest of the ecosystems.”

As for what’s to come, Dave sees a future where blockchain will be embedded deep in our technology. “Most people won’t even understand it, the complexities behind the scenes and how it works won’t be a part of the public dynamic.” Dave believes that the underpinnings of how the technology comes together will be buried—and for him, that’s a good thing. He says, for the most part, “People will only care about what the technology brings to them.”

Hear the whole of Dave Perrill’s interview in this week’s CoinGeek Conversations podcast or catch up with other recent episodes:

Binance Extends System Maintenance, Postpones Trading and Withdrawals Due To A Risk Warning 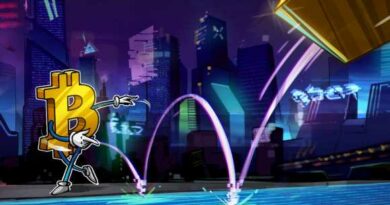 BNY Mellon fund laments it should have bought Bitcoin, not gold