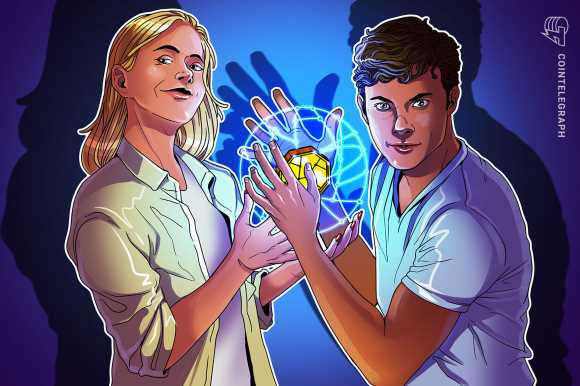 The rise of decentralized services and hardware security wallets means that we no longer need to rely on intermediaries to manage our financial assets and data, according to CEO Pascal Gauthier of hardware wallet Ledger, who has urged people to take on more responsibility.

Speaking to Cointelegraph at Surfin’ Bitcoin 2022 on Aug. 25, Gauthier said that the recent collapse of centralized exchanges has showcased why investors shouldn’t rely on intermediaries to manage their digital assets.

While most actors are well intended, Gauthier said “the [crypto] industry is too young”, the current state of the economy is “under stress” and if necessary, intermediaries will continue to prevent investors from accessing their holdings in times of need, citing the now bankrupt Celsius as a textbook example:

“Don’t trust your coins and your private keys to anyone because you don’t know what they’re going to do with it.”

Gauthier admitted the bad news added “fuel to [their] business,” but reinforced that people need to “move their coins before it’s too late.” Though Gauthier unfortunately noted that people in crypto often need to “get burned a little bit” before learning the hard way.

But Gauthier also believes that the transition from Web2 to Web3 is taking its time because today’s internet users are content with the speed and efficiency of Web2 services:

“A lot of people are still in Web2 […] because they want to stay in the matrix where they’re being controlled because it’s easier, it’s you know just click yes yes yes and then someone else is going to deal with your problems. It’s all good and well but actually I don’t think this is how you [become] free […] taking responsibility is how you become free.”

Gauthier added that most people in today’s society see crypto as just another way to make easy money. However, they fail to understand that it can “give them control on their assets” and provide them “financial freedom.”

Ledger was founded in 2014, and is a leader in security hardware wallet infrastructure through the use of their built in ‘Secure Element and a proprietary operating system’, which is designed to protect digital assets. As of Jun. 2021, Ledger had sold over 3 million hardware wallets.

In addition to Ledger’s security products, Gauthier said the company has also taken an educative approach to help everyday people understand what Web3 is trying to do:

“We spend a lot […] of our money […] on building content and education [to try] educate people, legislators, regulators […] for people to understand what all of this means, why it’s an opportunity, why freedom is being challenged today […] in the current society [and] why [this] technology needs to evolve in order […] to make people more free than what they are today.”

Moving forward, Gauthier said he’s excited to see how blockchain tech unfolds and what crypto applications will bring in mass adoption. Taking a 20 year horizon, Gauthier added that “what we are going to see in 20 years are somethings that we can’t really imagine yet.”