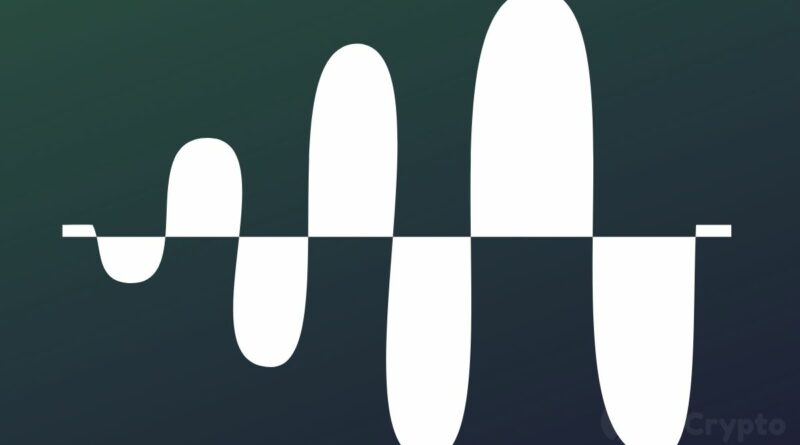 On Sunday, Elon Musk confirmed that he holds no Shiba Inu, igniting a mild bear storm that saw the meme coin give back half of its entire gains on the day in less than 15 minutes.

The sell-off came almost immediately after a popular netizen known as ShibaInuHodler tweeted asking Elon if he held any Shiba Inu. In an unexpected comeback, the Tesla boss replied saying “none” a response that sent a lot of the coin’s hodlers into jam selling. 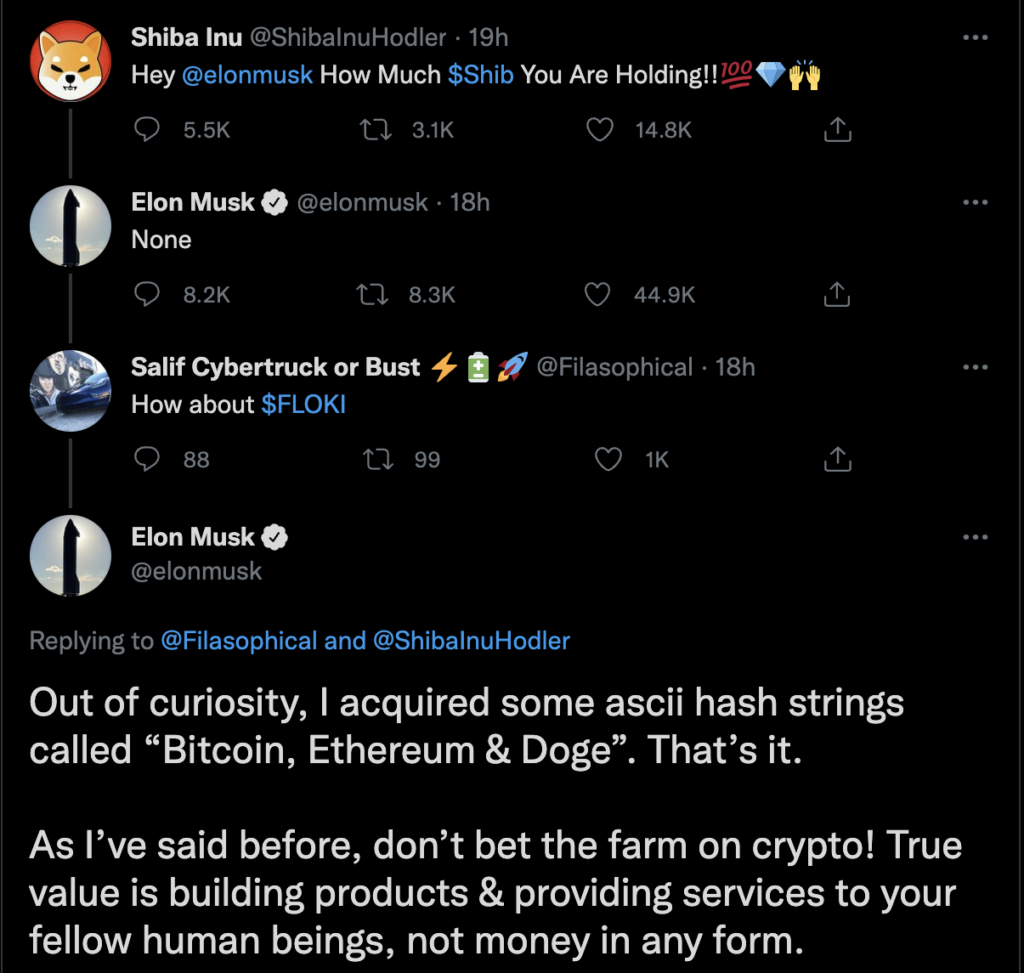 According to data from Bybt, over $3,151,904 worth of SHIB was liquidated during the sell-off. 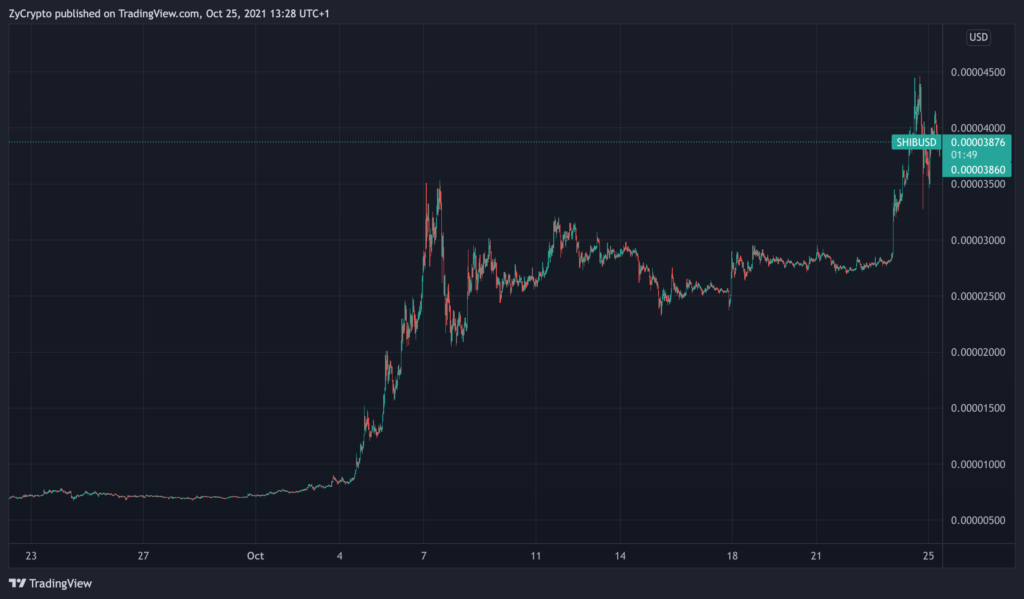 Although the news must have been hurting to most SHIB hodlers with some cursing at Elon for causing the crash, some seized the opportunity to buy the dip, and as of press time, the coin had recouped about 11% of its losses to trade at $0.00003884.

As it would appear, Elon does not even hold “FLOKI” despite speculations around his foray into the coin which was sparked by his comment in June that “my Shiba Inu will be named Floki.”

In a follow-up to the Shiba Inu question, another tweep asked Elon whether he holds any FlOCKI, and shockingly, the answer was negative.

“Out of curiosity, I acquired some ascii hash strings called “Bitcoin, Ethereum & Doge”. That’s it. As I’ve said before, don’t bet the farm on crypto! True value is building products & providing services to your fellow human beings, not money in any form.” Elon said.

In an almost instant reaction to the positive news, DogeCoin which has been trending in a sideways tight squeezed pattern for months printed a bullish marubozu candle on the four-hour timeframe.

Dogecoin is currently trading at $0.26 with only one barrier, the $0.27 overhead resistance standing in its way towards pulling a bull run that could see it recoup this year’s $0.74 high.

Ethereum which had started the day on a low note also gained about 2% on the news surging to $4,138 despite printing a red daily candle for the better part of Sunday.

Bitcoin which has given back over 11% of its gains after tapping on an all-time high of $67,000 before dropping to $59,510 also sprung with a little push from Elon reaching $62,957. The largest cryptocurrency seems to have also established a floor for itself in the $60k range which could see it beat odds putting up an ignited bull run towards new frontiers.