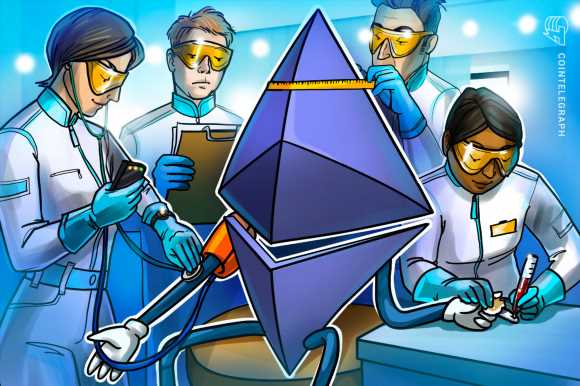 Ether’s (ETH) $230 million options expiry on Friday appears to have shifted market sentiment in favor of the bulls, at least momentarily, as investors remain cautiously optimistic about the upcoming London hard fork and the prospect that Bitcoin (BTC) has established a firm bottom.

ETH rose more than 6.5% to $2,370 on Sunday, the highest in over two weeks, according to Cointelegraph Markets Pro. Weekend trade volumes remained characteristically low at just over $18 billion.

At current values, Ether has a total market capitalization of $274.8 billion.

The DeFi market, which is largely built on top of Ethereum, saw cumulative gains of 9% on Sunday. The total market value of DeFi coins is $67.3 billion, according to Coingecko data.

The battle between the bulls and the bears was on display in the options market last month, with both camps expecting extreme price fluctuations for Ether leading into the options expiry on Friday. As Cointelegraph reported, the $2,200 price level is where the bulls start to increase their lead, as evidenced by the ratio of call options to put options.

The hard fork is anticipated to have a positive impact on Ether’s value thanks to several proposal upgrades, including the transition to the eco-friendly proof-of-stake consensus and a new “scarcity” feature that will reduce the number of tokens in circulation.

Related: A London tour guide: What the EIP-1559 hard fork promises for Ethereum

Analysts expect investors to increase their exposure to ETH leading into the hard fork. On-chain data suggests this is already happening as Ethereum registered over 750,000 active addresses last week, exceeding Bitcoin by a considerable margin.

Analytics firm Santiment, which provided the data, described the active-address flippening as “historic.”