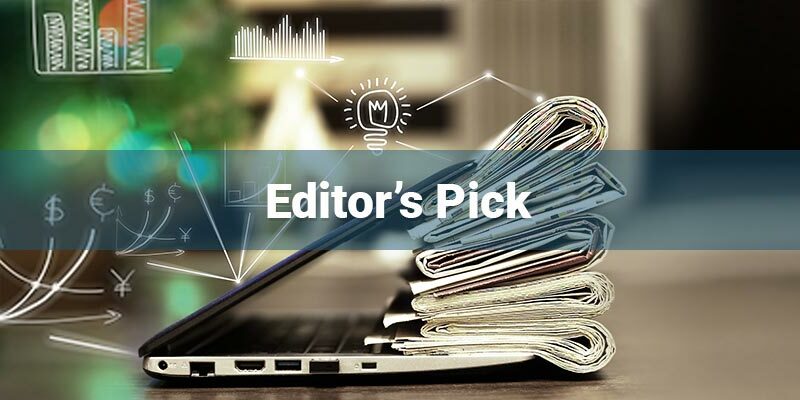 Despite the Summer holidays being in full swing, it was a busy week in the Finance Magnates newsroom. Let’s take a look back at the news stories that dominated the worlds of forex, fintech, and crypto, in our best of the week segment

Whilst much of the football world is lauding the return of Cristiano Ronaldo to Manchester United, a former teammate of his not faring so well.

Anderson, a former Brazilian football team and Manchester United Player, has been charged for allegedly being involved in a crypto money-laundering scheme.

According to Globo, the retired midfielder was investigated by a court in Brazil after suspicions of his participation with seven other people on a R$35 million ($6.5 million) money-laundering operation via cryptocurrencies.

They call Australia the lucky country, but when it comes to investment scams Australians don’t appear to be so lucky.

Australian Competition and Consumer Commission (ACCC), a competition regulator in Australia, recently published a report about the bogus investment opportunities in Australia and highlighted an alarming surge in the overall losses due to the investment scams.

According to the report, residents of Australia lost over $70 million to fraudulent investment schemes during the first half of 2021. Data from Scamwatch shows a 53.4 percent surge in reports about investment scams received in H1 of 2021. Scamwatch received 4,763 reports in the first six months of 2021, compared to 3,104 in H1 of 2020.

Additionally, ACCC highlighted that the projected losses are set to cross the level of $140 million by the end of this year. Cryptocurrency trading scams accounted for more than 50% of the total losses in the first half of 2021.

The Australian Securities and Investments Commission (ASIC), financial markets regulator in the country, proposed on Wednesday further restrictions on the practice of the controversial payment for order flow (PFOF) model with an amendment of the market rules.

According to the Aussie watchdog, its existing market rules ‘do not deal with certain payment-for-order-flow scenarios such as arrangements between non-market participant intermediaries,’ and it is intending to fill this regulatory gap.

Just 24 hours after the PFOF statement, the Australian Securities and Investments Commission (ASIC) published on Thursday its four-year corporate plan for 2021 to 2025, outlining its priorities on the distribution of retail over-the-counter derivatives, especially on the contracts for difference (CFDs) and binary options.

The regulator pointed out three key actions on its intervention in the retail OTC derivatives industry. First, it will ‘monitor compliance with the contracts for difference and binary options product intervention orders’.

The UK financial markets regulator, the Financial Conduct Authority (FCA), said on Wednesday that Binance Markets Limited, a subsidiary of the wider Binance Group, has complied with all the local regulatory requirements.

eToro released its interim financial results this week for the quarter ended 30 June 2021. The financial services provider reported strong growth in net trading income and registered users during Q2 of 2021.

In the latest quarter, eToro saw significant growth in newly registered users and funded accounts. The company highlighted that the cryptocurrency products drove its total commission in the second quarter of 2021.

The company has further strengthened its brand presence on the football field with the latest sponsorship deal with Aston Villa, a Birmingham-based football club.

Under the partnership between the two, announced on Thursday,eToro will be able to market its brand using the matchday LED boards and media backdrops. Additionally, it will get promotional opportunities on the ticketing section and receive digital rights.

Having already partnered with an array of top football clubs, including AS Monaco, CFR 1907 Cluj, SK Slavia Prague, RB Leipzig. and Aston Villa, eToro added another team to its impressive roster.; Newcastle United

Though the official announcement on Thursday termed the deal, as a new one, the brokerage and the football club already had a similar deal that they had signed in August 2018. Then, Newcastle United was a part of a seven club group with which eToro inked commercial partnerships and made headlines for paying for them in Bitcoin.

Coinbase Faces ‘Thousands’ of Complaints about Its Customer Support Service

Coinbase, the largest US-based cryptocurrency exchange, is under controversy after a report was published in a media outlet that collected thousands of customer complaints.

According to CNBC, interviews with the customers revealed that account takeovers were the most reported issues due to alleged low-quality customer service from the firm.

PayPal Introduces Its Cryptocurrency Services in the UK

PayPal, the US-based payments giant, has become the latest company to expand its cryptocurrency services outside the US market.

The recent announcement from PayPal states that the company’s cryptocurrency services are now available for its UK-based customers. PayPal users in the UK can now buy, hold and sell different cryptocurrencies including Bitcoin (BTC), Ethereum (ETH), Litecoin (LTC), and Bitcoin Cash (BCH).

PayPal outlined that the recent launch of the company’s crypto services in the UK is its first expansion outside the US market. Users can now buy cryptocurrency assets for as little as £1. The recent announcement from PayPal came nearly one month after the company raised its weekly cryptocurrency purchase limit to $100,000 for eligible customers in the US.

Jim Cramer, a former hedge fund manager and host of CNBC’s Mad Money, this week expressed his views about Ethereum and revealed that he is currently holding the world’s second-most valuable digital currency.

Cramer mentioned that investors should invest approximately 5% of their investment portfolios in cryptocurrency assets. The latest statement from Cramer came nearly two months after the former hedge fund manager announced the selling of his entire Bitcoin holdings.

As revealed exclusively by Finance Magnates this week, TIOMarkets, a forex and CFDs broker with global operations,t is implementing a 4-day working week structure for the staff in its Cyprus office, effective from September 2021.

By doing this, TIOMarkets has become most likely the only broker to allow its staff to work only four days a week.

Additionally, the broker clarified that there will be no change or reduction in compensation or annual leave of the staff.

“A motivated staff-base is what enables our company to grow,” TIOMarkets Group CEO said.

Bitcoin (BTC), the world’s most valuable digital currency, is currently enjoying a significant bull run as the price of BTC is up by more than 50% in the last 4 weeks

As Finance Magnates reported this week, nearly $292 million worth of Bitcoin was moved from digital exchange Binance to crypto wallet Xapo on 25 August 2021.

According to the recent data posted by Whale Alert, a Bitcoin millionaire address transferred 6,000 BTC from Binance

Pineapple Fund Shuts Down After Donating $55m in BTC 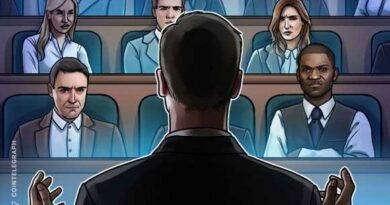