Dogecoin has been on a tear in recent months. The meme cryptocurrency has certainly become one of the most profitable assets of all time in its 7-year lifespan. Despite its growth, the CEO of crypto asset management giant Grayscale, Barry Silbert, has argued that it is massively overvalued.

In a recent Twitter exchange with the creator of dogecoin Billy Marcus, Silbert asserted that Dogecoin (DOGE) was not worth $37 billion. Instead he claims that it should be below $1 billion. He added:

“If the entire value of something comes from a collective belief — and not usefulness or utility — then that thing is overvalued. There’s another name for that, but I’m not going there as I know it wasn’t created for that purpose or why most people loved it early on “like me”.”

DOGE’s market capitalization climbed above a whopping $90 billion on May 6. Days later, the Digital Currency Group CEO revealed that he had shorted the shiba inu-themed cryptocurrency while advising DOGE holders to convert their holdings to BTC. Tesla/SpaceX CEO later had his hosting debut on Saturday Night Live, or SNL, on May 10 which was a nothingburger as the price of DOGE plummeted circa 40%. 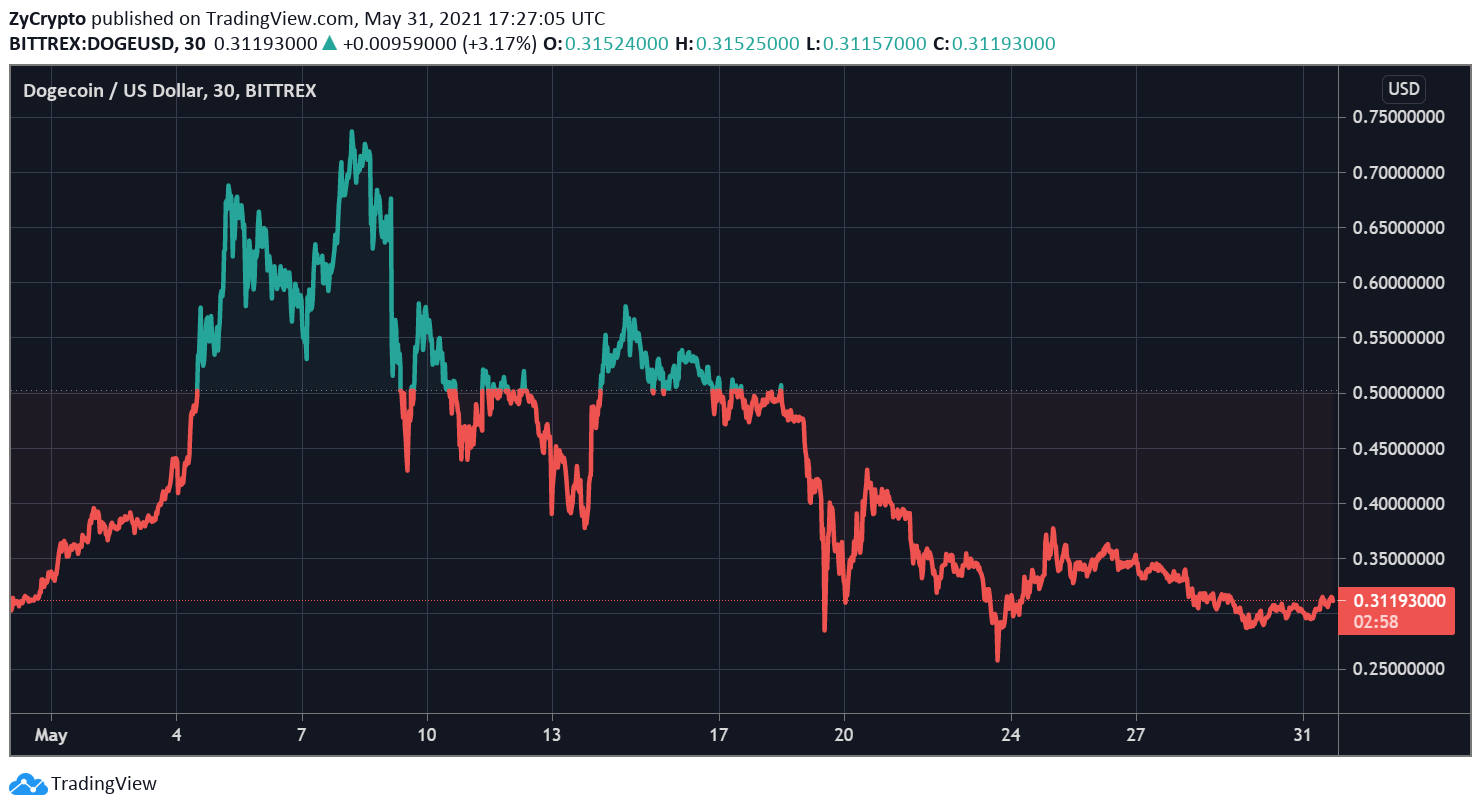 Notably, there’s been a surge of institutional interest in Dogecoin in the last couple of months, with big-name companies like Mark Cuban’s Dallas Mavericks, airBaltic, Post Oak Motor Cars, and others accepting it as a payment option. Such institutional adoption is believed to have driven DOGE’s rally in recent months, and it’s deemed as evidence that the coin, which has a market cap of $40.80B, is here to stay.

Even Silbert acknowledges that DOGE is unlikely to go away as it has “one of the most passionate communities”. Suffice to say, Elon Musk is one of the most important proponents of Dogecoin’s success.

The self-proclaimed “Dogefather” recently announced that he’s working with Dogecoin developers to improve the coin’s efficiency. After undertaking an about-face in regards to Tesla accepting bitcoin payments, the centibillionaire claims the canine-themed cryptocurrency will beat bitcoin “hands down” after increasing its efficiency across several important metrics.