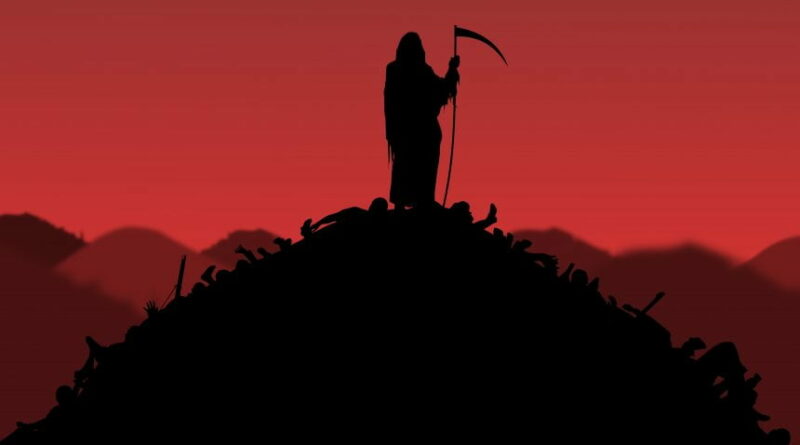 Bitcoin price is diving currently, shaking up the crypto market as a whole. In addition to the correction in the top cryptocurrency by market cap, altcoins have taken an even more severe beating.

With top alts like Ethereum and Litecoin are seeing an even further drop on BTC trading pairs, Bitcoin dominance has formed a bullish engulfing candle just as a key technical indicator reach overheated status. Here’s how that could put an abrupt end to the ongoing altcoin season.

Bitcoin is the first ever cryptocurrency that an entire industry was built from since, and anything that isn’t BTC is considered an altcoin. Ethereum is currently the king of that camp, and is outpacing Bitcoin in performance since its inception.

But due to first move advantage and just how dominant Bitcoin is, it represents more than 50% of the entire crypto market cap. The BTC dominance metric was created to measure the rest of the crypto market and its weight compared to all altcoins.

BTC dominance has dropped by 18% since end of 2020 highs, leaving a red streak behind. However, during today’s crypto market bloodbath, the metric began to make a comeback and has formed a bullish engulfing candle.

A bullish engulfing candle is a type of Japanese candlestick formation, that typically suggests a short term reversal is in the coming. It forms when after a sharp bearish move, sellers are overwhelmed by a sudden surge in bullish buying. It is then up to bulls to continue the reversal.

BTC Dominance Reversal Could Put An End To Alt Season

Coinciding with the bullish engulfing candle pictured above, the daily Relative Strength Index fell sharply into oversold territory. If a reversal plays out in BTC dominance, whatever altcoin season that’s been going on recently, will be over.

Adding more credence to the theory of further reversal in the relationship between Bitcoin and altcoins, on weekly timeframes a hidden bullish divergence has formed, just as BTC.D touches down at the bottom Bollinger Band.

A bull div on the RSI has formed as dominance falls to Bollinger Band support | Source: CRYPTOCAP-BTC.D on TradingView.com

Divergences occur when price action moves opposite a technical indicator – in this case the Relative Strength Index again on weekly timeframes. Although daily has fallen into completely oversold levels, weekly either has more to go, or buyers are secretly showing up ready to stage a reversal.

Counter Point | Why Bitcoin Dominance Is No Longer Relevant To Crypto

If bulls can begin the comeback starting with a bullish engulfing today, and close out next week with a powerfully bullish move, a morning star doji pattern will be left on weekly charts, adding yet another signal that an extended reversal could result.

Any reversal in BTC.D, could either have Bitcoin leaving alts in its dust, or the coins crash far further than the top cryptocurrency does on its way back down. All that’s left to do, is wait and see.