CoinGeek Chief Bitcoin Historian Kurt Wuckert Jr. describes his guest this week, financial cryptographer Ian Grigg, as a thought leader in the Bitcoin space. “His blog has an incredible wealth of information,” Kurt notes. “It deserves to be much more well-read not just in the cryptography community or the computer science community, but for a number of things.”

On this episode of CoinGeek Weekly Livestream, Kurt and Grigg discussed the latter’s 1996 invention, the Ricardian contract and how it compares to today’s smart contracts. As Grigg pointed out, the commonality between the two is its ability to perform one part of the contracting cycle. As Grigg explains, “The Ricardian contract is simply a text document with all the normal words that the lawyers like to use with all the terms and conditions, it’s a way of communicating a legal document across to a program such that both the program and the human are happy to understand what’s going on.”

Smart contracts, on the other hand, takes the Ricardian contract a step further. When both parties come to an agreement, the performance of a contract would come next—thus the idea of a smart contract, Grigg notes. He was also keen to point out that smart contracts in the Bitcoin era despite being great, has its flaws. “If you’re talking about real contracts, your administrator is being very careful, otherwise he’s going to go to jail, but then along comes the notion that you can do this on a blockchain and now we’ve got a program that the administrator can’t stop or interfere with, which is technically speaking, a great thing, but in a financial sense, you actually want a lot more care on these things.”

The conversation then deviated to the cypherpunk community in the 1990s, a circle he actively participated in. According to Grigg, great ideas sprang from the community but were met with scrutiny after undergoing the court of public opinion. “Some people believe them, but others would stand back and say, hold on, you’ve got a great idea, it makes logical sense, but it’s never going to happen because you get shut down or this will happen or that will happen.” Despite such challenges, Grigg said, the real roadblock was the standard entrepreneurial problem. “The problem was simply how could you afford to write all this code.”

On the podcast, Grigg told Kurt how he came to know nChain Chief Scientist and Bitcoin inventor Dr. Craig Wright. Grigg recounts the first time he met Craig in 2015. He admits to having an inkling that Craig was a key member of the Satoshi team even before they had actually met. Grigg mentions that in the encounter, Craig was able to speak to him in detail and with great knowledge and information only Satoshi would know. “Each of those tests indicate very strongly that Craig was capable of doing this, knew about this sort of stuff, he actually had the serious security chops to be able to do this and he knew some things on the inside which nobody else would know.”

As for Grigg’s thoughts on Craig’s detractors who claim that the Bitcoin inventor is a fraud, he comments “I felt quite strongly that the community was capable of eating its own babies and we really shouldn’t have been doing all those nasty things and trying to figure out who Craig was and then who Satoshi was, and then proceeded to tear him limb from limb, that was bad character.”

For his part, circumstances surrounding Craig’s life including the difficulties he encountered in 2013 through 2017 are stories that simply cannot be made up. “All of that this notion that Craig is not Satoshi would mean that he’s constructed this life experience about why he was doing it and how he did it, where he hit the road, hit the brick wall, where he solved that problem with this other problem and the people around him, all of these details you can’t just construct.” 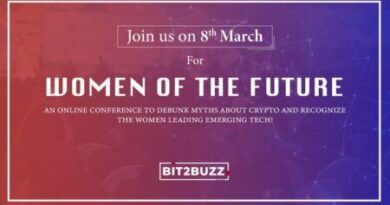 Women of the Future, A Virtual Crypto-Blockchain Conference 2021