Home » Crypto » IMF: Regulation Is the Only Thing That Can Save Crypto

According to the International Monetary Fund (IMF), crypto traders need to accept the idea of stronger regulation if they are ever going to be safe from hackers and other illicit players.

There have been several arguments as of late claiming that the bitcoin space is prone to criminal activity from those who would like to launder money, fund terrorist organizations, and commit themselves to illicit projects. In addition, the crypto space has increased ten-fold over the past year and a half, and according to the IMF, this is going to attract even more criminals to the industry. At the time of writing, the industry is valued at more than $2 trillion.

Not long ago, the IMF released a document known as the Global Financial Stability Report. The document discusses many of the risk factors associated with the growing crypto space, and what players can do to potentially keep themselves protected.

One chapter of the report says:

There are also several high-profile cases of hacking-related thefts of customer funds. So far, these incidents have not had a significant impact on financial stability. However, as crypto assets become more mainstream, their importance in terms of potential implications for the wider economy is set to increase… The (pseudo) anonymity of crypto assets also creates data gaps for regulators and can open unwanted doors for money laundering, as well as terrorist financing.

One other issue the report discusses involves stable coins, particularly in how they are designed and what they are built to do. The document states:

Given the composition of their reserves, some stable coins could be subject to runs, with knock-on effects to the financial system. The runs could be driven by investor concerns about the quality of their reserves or the speed at which reserves can be liquidated to meet potential redemptions.

The document also discusses some of the first steps it deems necessary in pushing regulation forward and making the crypto space safer. It says:

As a first step, regulators and supervisors need to be able to monitor rapid developments in the crypto ecosystem and the risks they create by swiftly tackling data gaps. The global nature of crypto assets means that policymakers should enhance cross-border coordination to minimize the risks of regulatory arbitrage and ensure effective supervision and enforcement.

But Everyone Is Technically at Risk…

While some of this makes sense, there is a problem in that the IMF and similar organizations want to simply point the finger at unregulated sections. However, illicit activity can virtually occur anywhere.

Not long ago, Coinbase announced a hack that occurred earlier in the year. This hack resulted in more than 6,000 customers getting affected, and while these customers have since gotten their funds back, Coinbase is an exchange that is known to comply with present KYC practices to keep individuals safe, so simply suggesting that anything unregulated isn’t safe is a false idea. 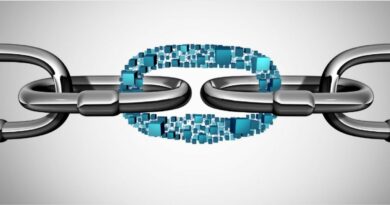