The IRS Criminal Investigation (IRS-CI) has released its 2021 annual report detailing over 2,500 investigations and prosecutions.

The 49-page report covers a vast range of illegal activities the IRS-CI has investigated and prosecuted this year and includes everything from drug cartel, money laundering to BTC mixing operations on the dark web.

Some key stats from the IRS-CI report

On the list was a Russian-Swedish national who was arrested in Los Angeles for his alleged connection to the BTC money laundering operation Bitcoin Fog. It’s understood that the majority of the BTC laundered through Bitcoin Fog came from darknet marketplaces involved in narcotics trafficking, identity theft, and computer fraud.

Once again, we see strong evidence disproving the myth that BTC is an untraceable digital currency outside of the reach of the law. Yet, these myths continue to be perpetuated by Bitcoin-anarchists and industry influencers.

This year’s CoinGeek Conference in New York featured William Callahan of Blockchain Intelligence Group, who outlined what a more lawful blockchain industry might look like and the tools that could help us get there. He has a long career in law enforcement and blockchain analytics.

In his presentation, Callahan highlighted how blockchain could actually be a valuable tool for law enforcement agencies and could aid their investigations despite its association with crime. It can also make duties like compliance with financial regulations easier, reducing the need for large-scale investigations in the first place and reducing criminal risk within businesses.

Indeed, Dr. Craig Wright has repeatedly emphasized this point, noting that he developed many of the ideas leading to Bitcoin while working as an auditor for BDO. This nicely matches up with how the Bitcoin blockchain functions in reality once all of the myths surrounding it are cast aside.

Callahan even went as far as to demonstrate how powerful blockchain analytics tools can create a visual map showing the movement of digital currencies. In his example, a map was presented showing the movement of funds during a typical giveaway scam. Once it is established that coins can be moved or frozen by court order, the idea of how Bitcoin (BSV) combined with analytics tools like this can be a powerful tool for law enforcement becomes self-evident.

Compliance falls on everyone

On the final day of CoinGeek New York, an eye-opening panel called “Investigating Criminal Activity on the Blockchain” took a closer look at the steps the digital currency and blockchain industries need to take to stay on the right side of the law and change public perception of Bitcoin and blockchain in general.

While there’s much work to be done, the key thing is the need to overcome the resistance to working with regulators and law enforcement. For example, we have seen direct evidence from the SEC that this reluctance is standing in the way of a spot-BTC ETF. This puts the BTC maximalists in an awkward position: either pivot and embrace the regulatory compliance many of them have been dead against for years or face the end of the road for the long-promised ETF.

During the panel, BlockTrace’s Shaun MaGruder spoke about the firm’s product called Fusion which essentially tracks the entire blockchain and assesses individual addresses for risk of association with darknet activities. This could serve purposes like alerting U.S. exchanges that these addresses are associated with criminal activity.

MaGruder emphasized that pleading ignorance about the activities of certain wallets won’t fly for much longer. He noted that if he could track wallets associated with Hydra and other darknet marketplaces and could pinpoint their transactions, there’s no excuse for large exchanges.

The law is slowly but surely coming to the industry

In the past couple of years, CoinGeek has reported with increasing frequency on new laws being passed across the globe. These new rules will squeeze out the criminal elements of the digital currency industry and will make it increasingly difficult to use them for illicit activities.

For example, we reported on:

This is just a small sample of the stories covering legal and regulatory changes to how digital currencies are handled in the world’s most powerful countries and markets, and it’s only going to get more intense from here.

BSV blockchain has had a firm focus on legal and regulatory compliance from the outset. It would be wise for other industry participants to start taking it seriously if they want to survive in the long run. 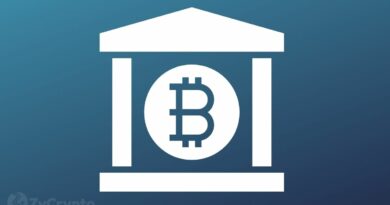 Twitter CEO Jack Dorsey Believes Banks Are Useless, But Is Crypto Really Ready For A Takeover?

Robinhood Reportedly Under Investigation by SEC for HFT Dealings