Kenya is known to many for being a global powerhouse in athletics and in the financial world, for being home to M-Pesa, one of the world’s most renowned mobile money payment systems. In the past two years, the country has also established itself as one of the world’s leaders in the digital currency space. The East African country has now ranked as the world’s leader in peer-to-peer digital currency trading volume and in the top five for adoption for two consecutive years.

The home of P2P trading

In 2020, Kenya surprised many by ranking first for P2P trading globally as per the Chainalysis Global Crypto Adoption Index. It ranked ahead of second-placed Venezuela—where hyperinflation and political instability have forced many to digital currencies—and third-place Nigeria—Africa’s biggest economy with four times Kenya’s population.

In this year’s Chainalysis Index, Kenya held on to its top ranking as the global P2P powerhouse. It also ranked fifth for overall adoption, ahead of the U.S., China, Brazil, the Philippines, and other global digital currency powerhouses.

And according to Yvonne Kagendo, a Nairobi-based digital currency enthusiast, this ranking “is fully justified as adoption of cryptocurrencies is very high in the country.”

Yvonne is the head of network of Porta Network, a blockchain project that aims to make the technology accessible to everyone.

According to Chainalysis, it’s countries in emerging markets like Kenya, Nigeria, Vietnam, and Pakistan that have continued to lead in P2P trading volume. The New York-based blockchain analytics firm revealed that in its interviews with experts in these regions, it found that P2P platforms are the primary on-ramp into the digital currency world for most people.

“Knowing that, it’s no surprise that regions with many emergent markets account for a huge portion of web traffic to P2P services’ websites,” Chainalysis stated.

While the exact number of digital currency owners in Kenya isn’t known—with the industry being unregulated—Triple-A estimates this number to be 4.5 million. For a country of close to 50 million, this represents 8.5% of the population.

For Kenya, the high adoption can be attributed to a number of factors, ranging from increased unemployment to high Internet penetration and awareness campaigns.

Kagendo partly attributes the adoption to a growing trend in Kenya where the young are relying on the Internet to find jobs with global companies. This trend has extended to several other Internet-related economic activities including forex and digital currency trading.

She told CoinGeek, “The adoption has been driven by high youth unemployment. Having a large number of tech savvy educated youth has made a lot of young people think outside the box when looking for income generating activities.”

Theo Mwangi concurs, but also cites other factors such as awareness sparked by leaders and the need for more affordable remittance solutions. Africa heavily relies on remittances from Western and European nations, and Kenya is no different. However, remittance charges are significantly higher in the region compared to other markets.

Mwangi is the cofounder of BitLipa, a Nairobi-based remittance solution and digital currency to fiat exchange that has integrated mobile payment solution M-Pesa. Speaking to CoinGeek, he stated his startup’s mission as “using crypto as a conduit to move value across borders instantly and for negligible fees.”

According to him, “It [the adoption] has a lot to do with education being done by key opinion leaders across social media from trusted voices e.g. Bitange Ndemo [former IT Minister] and CS Mucheru [current ICT Minister]. Kenyans using crypto for cross border remittance is also a key factor as so much money is remitted back home from abroad.”

Bitcoin SV has already been proven to be the most effective digital currency for cross-border transfers in Africa. Centbee, a South African wallet, has been offering this service through its Minit Money platform, charging fractions of a penny in charges and with near-instant transactions.

Local media outlet The Star further attributes the adoption to a need to bypass the tedious and often expensive legacy financial institutions, especially when transacting with international partners.

“Kenya has always been set back when it comes to making digital transactions in different parts of the world. Cryptocurrency became a major helping hand to the country in sending and receiving payments from different corners without any third-party involvement,” the paper stated.

The future of Bitcoin in Kenya

Even as digital currencies have become immensely popular in Kenya, the government has struggled to keep up, just like in many other African countries. The Central Bank of Kenya has discouraged Kenyans from trading in digital currencies as they are risky and not backed by any central entity.

Kenyan Bitcoin enthusiasts believe the government should do more.

Kagendo told CoinGeek, “Crypto regulation in Kenya is a grey area. The challenge that most of us in the crypto space in Kenya faced with regulation is that we are not protected by the system. This makes us very vulnerable. Our businesses can be easily attacked and no one is there to protect us. Yet we are diligent workers like everyone else in the country.” 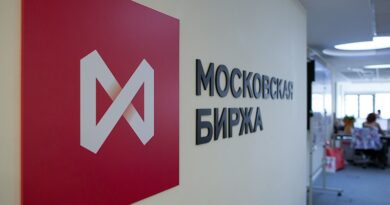