2021 has been the busiest year of my life. My daughter was born in April. We sold our home in July and moved from Chicago to Miami in August. I definitely got COVID-19 once, and suspect that I had it another time. CoinGeek Conferences, Bitcoin Association events, dozens of podcast appearances… I was published, featured or quoted in BBC, Yahoo Finance, NBC, HackerNoon and a bunch more.

Some major highlights were my appearance on the Patrick Bet-David Podcast, Kitco News with David Lin and even a weird drop-in with Stefan Molyneux, but it all started with one very interesting guest appearance.

A lot of people know my story; a long time bitcoiner who lived through a lot of the drama. When I joined the CoinGeek team in November 2020, I didn’t just want to be an editorialist or just a podcaster. I wanted to focus on telling the stories that people had forgotten, but what was that title? I thought about “Chief Storyteller” early on, but that title implies that maybe I’m loose with the truth. After a few weeks of tinkering, we discussed “Chief Historian” at the editorial desk, and it stuck!

But that led to a new challenge. Tell stories with some anchor in the things of the past, but keep it compelling to the readers of today. Well, I remembered exactly what really irked me about Blockstream back in the early days of the Bitcoin Civil War, and it was the conflict of interest of their financial backers—namely Mastercard. A lot of BSV people may not have been around since the beginning of this debate, but back in 2015-16, it was not uncommon to discuss the venture capital connections of the small blockers in places like the r/BTC subreddit, but that conversation had largely gone away as BCH and BSV had emerged and there ceased to be a ton of reasons to discuss the string-pullers of BTC anymore.

It struck me as a perfect story to bring back to life in order to educate the BSV community about why we ended up where we did today. The short answer was “Mastercard and AXA Ventures.”

And it made for a great performance as the new Chief Historian at CoinGeek.com.

Furthering the history narrative, another one of my goals was to help shine light on some of the things that many have heard but few actually know. Things like “Satoshi never used BitcoinTalk” or “Satoshi never used GitHub” needed to be clarified, so articles like What the Fork Happened to Bitcoin and Is Bitcoin Censorship Resistant? helped straighten out some of the wrinkled story.

This is in addition to the creation and maintenance of the CoinGeek Weekly Livestream. We wanted to have a place where BSV could have a weekly roundup, Q&A and make a place where there are no holds barred on the blockchain economy! A personal highlight has been working alongside “the lovely” Alex Moon as executive producer.

No, YOU got double spent!

Then, we got some interesting news! There was a double spend on BTC, and all the maxis circled the wagons to redefine the word “double spend” as quickly as possible. Luckily for us, “The story broke on the 21st day at 21:21 UTC, in the 21st year of the 21st century on a network of 21 quadrillion units, there was a magically small exploit of US$21,” letting us know that the exploit was intentional or that magic still exists in our often cold, dark universe.

Of course, if we’re going to discuss the BTC double-spend (which has publicly verifiable hashes), we should probably talk about what happened with BSV. A malicious pool or two; veiled under the moniker of ZuluPool (but not the real ZuluPool), decided to attempt double spending on BSV two times, this summer. Officially, Bitcoin Association took a close look at the hypotheses posited by BitMart Exchange and determined that a large double spend had indeed occurred. However, the coins of exactly zero users have been reported missing, and the nature of the attacks looks to me like it was done for PR reasons. I withhold that I could absolutely be wrong on this point, but all these months later, BitMart has not provided public hashes to prove the theft, so are we to just trust them when verification would be so trivially simple?

Like I said in July, “I really don’t know, and the answer has become political because we live in a postmodern world where facts are fluid.”

“This bitcoin address [1G47mSr3oANXMafVrR8UC4pzV7FEAzo3r9] has a long history of use in “sextortion” scams, ransomware attacks and other malfeasances on the dark web. Billions of dollars’ worth of bitcoins have passed through that wallet, and it appears that that user was able to pay for the reorganization of a few blocks on a few different dates to move a UTXO from one spot to another in his own possession.”

If BTC’s double spend wasn’t real, then neither was BSV’s. At least with BSV, honest nodes recognized that it was a malicious block-withholding attack—a violation of section 5.4 of the Bitcoin white paper that states “When a node finds a proof-of-work, it broadcasts the block to all nodes.” So, like I’ve said a million times, “51% attacks don’t exist,” and honest nodes invalidated the malicious chain and moved on. End of story.

Pat Thompson announced the formation of GorillaDAO on the CoinGeek Weekly Livestream this year; challenging all BSV holders to put their “money where their mouth is.” Using the newly launched Money Button SFP tokens, Pat took the chair as the inaugural DAO Manager to distribute Ape tokes for BSV, and the democratic experiment in the jungle began in haste!

But all was not well.

I think a lot of people were unsure what to do or who was in charge. The experiment was actually one of balancing who was in charge relative to stake in the DAO itself, but human nature being what it is, members have spent a good amount of time just debating about the structure and operation of the DAO itself or ignoring the opportunity.

In no uncertain terms, the DAO can do what the DAO votes to do with what is something like $100,000 treasury. Ape in, ape out. Go bananas!

One thing that stood out to me in the era of “attacks” and criticisms that “BSV is just TAAL,” I thought it would be pretty cool to learn about what it really takes to run an honest node on BSV. Someone at nChain had let me know over the summer that maybe I’m not as technical as I would like people to think I am, and one of the ways that I figured to rectify that was to humble myself and immerse myself into the infrastructure.

What better way to learn about horses than to try to ride a wild one, right? 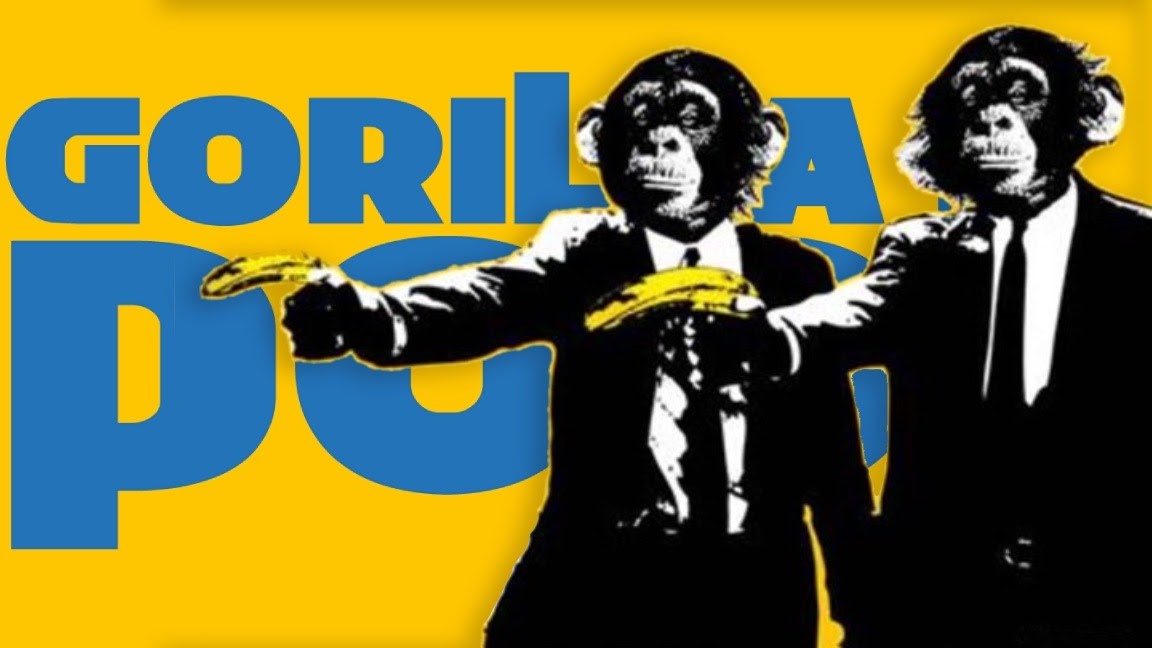 Well, “root” and I were happy to get the GorillaPool proposal passed by the DAO and launched on the mainnet, and the pool has been mining blocks since #704246.

The experiment is ongoing, and the pool has recently made its exit from the DAO, but things are going well, as the pool mines record breaking NFT transaction sizes and particularly profitable blocks measured in sats/megabyte of mined data. Most of all, I can now honestly say that I have an intimate knowledge of the BSV node, the network and mining conditions, so that I can speak authoritatively from a place of personal knowledge about my favorite tech in the world!

As if the year wasn’t big enough, the Kleiman vs Wright trial is almost like my BC/AD timestamp of world history. Again alongside Pat Thompson, we covered about 5-6 weeks of trial on a daily basis. With valuations starting around $70,000,000,000, I have even seen headlines using the word “trillion” to explain the level of stakes at play in the Wilkie D Ferguson Federal Court Building.

Courtroom 10-2 became my daytime office, and the hotel room my nighttime office. When I would finally have a late dinner, after the nightly #SatoshiTrial special livestreams, the Kyle Rittenhouse trial was on every TV with minor coverage of the on-going Theranos trial. It was court, court, court for all of November!

I was honored to make friends with Andres Rivero and the rest of his team amid the grueling schedule, but I was surprised how much I enjoyed getting to know people from the plaintiff’s side as well—namely the lead plaintiff’s counsel Vel Freedman, who struck me as quite a nicer guy in the hallways than I assumed he was from the courtroom (and Twitter.) 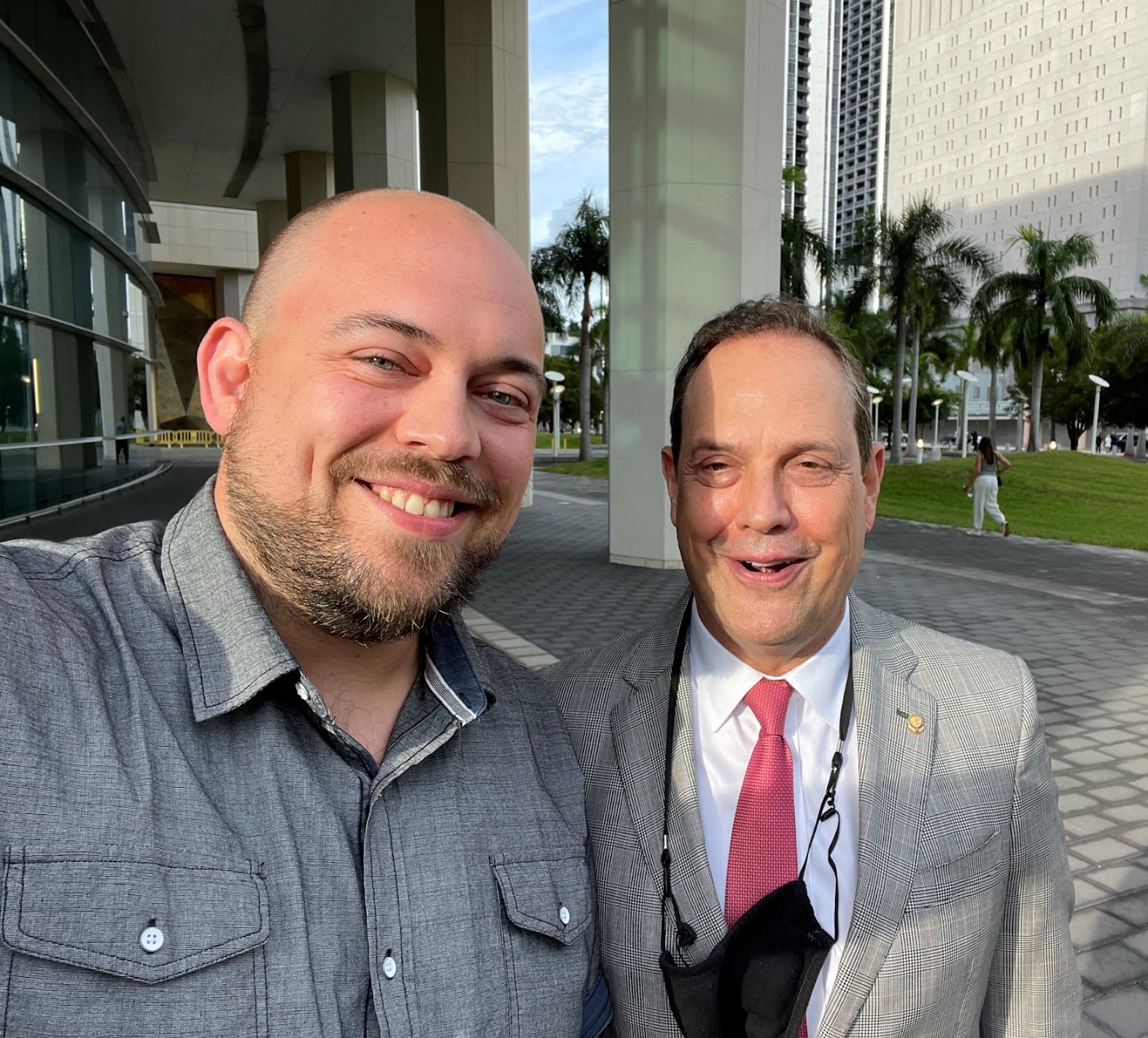 As the case heated up, there was increasing media presence, multiple documentary crews (which means you’ll be seeing a lot of Craig on your favorite subscription service over the next year or two) and a good amount of local news. 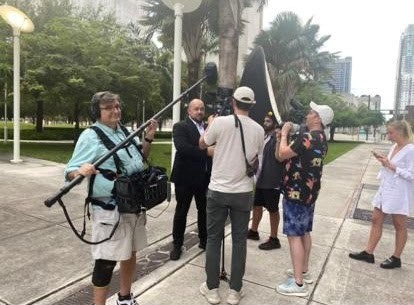 For my part, managing media was punctuated by a few times where I got to spend some 1:1 with Craig in the lounge or out to dinner just unwinding or talking about history, politics, science, etc… “Have you seen Ready Player One?” was the line one night for every driver, waiter, doorman or passerby as Craig explained his history with Buckaroo Banzai—a legendary game from the machine-code era of video game programming, and it was fun to share some personal time with him over food and drinks.

As we wrap for the year, it’s hard to pick which things to summarize vs that which I forgot that I forgot, I want to wish my friends in the BSV economy and beyond a Merry Christmas and Happy New Year, Happy Hanukkah, Kwanzaa and Festivus for the rest of us! I’ll be back in the New Year to fight the fights, consult the start-ups, interview the builders and hold the small blockers accountable.

As I hear the voices of my children in the background, I think this is the spot to wrap. I’m going to be a father and a husband for a little break, as I remind each and every one of you to do one important thing every day: BE GOOD TO EACH OTHER!

Can Crypto Go From 50M Users to 5B? Coinbase CEO Says Yes

Joseph Lubin: People Said Ethereum Could Not Be Done, but It Is a Remarkable Success