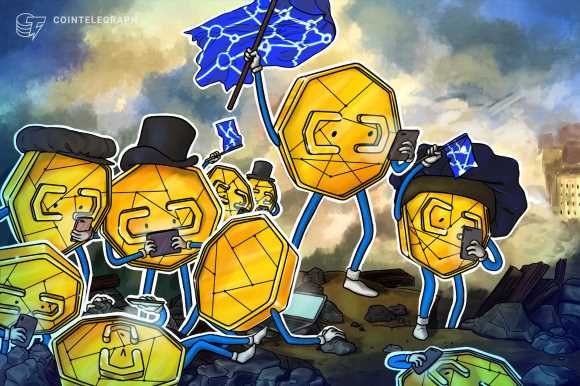 Every Friday, Law Decoded delivers analysis on the week’s critical stories in the realms of policy, regulation and law.

“It was the best of times, it was the worst of times,” begins the most famous English-language story of the French Revolution. Though many would disagree with me, I would argue that neither is true of today. Maybe that’s why what passes for revolutions these days is so dependent on memes and lunatic viral conspiracy theories.

That same memetic energy has brought together an unholy matrimony of anarchists, leftists, populists, jilted investment bros, Boogie boys and survivalists, AOC stans, and a dose of antisemitism — the sort of audience that only finds common ground in a colosseum, united in bloodlust, cheering wildly for the death of a hedge fund.

It was the bizarrest of times.

Despite the best efforts of the digital revolutionaries, no Bastille is being stormed — though I would not be surprised if AOC has daydreamed about melting down the Wall Street bull and reshaping it into a working bronze guillotine. But there is no question that this week has been turbulent, playing host to more than its fair share of conflicts between the hoi polloi, arming themselves with digital tools, and institutions. Despite the revolutionary metaphors that have haunted this intro like a spectre reportedly did Europe, I don’t think this shapes out to be quite the battle of good vs. evil that some think. But it’s certainly something. And the memes have, in all fairness, been something else.

Stealing the world’s attention and forcing every phone scroller to learn what short-selling is was the deranged saga of Robinhood and Reddit.

It was well over a year in the making, but only this week did the world’s attention to the pending standoff between major hedge fund Melvin Capital and a Reddit group of amateur investors who mostly seem pretty intoxicated. Intervening between the two was retail trading app Robinhood and Gamestop’s extravagantly over-shorted GME stock.

The scene was set. r/WallStreetBets had mobilized a substantial squad of retail traders willing to lose their whole investment in GME in an attempt to short-squeeze Melvin into bankruptcy. And, oh yeah, after such a short squeeze would come strong odds that GME spikes dramatically as Melvin was forced to buy up the market to pay off its debts. That is, until Robinhood and a host of other retail apps turned off the buying function for GME on their apps.

While a broker-dealer has the right to stop trading in the event of major volatility, Robinhood investors — many of them holding GME as a result of a giveaway on the app — saw it as force majeure on behalf of Wall Street and a major assault on the app’s own userbase. The internet as a whole was outraged as well, heavily in favor of Wall Street Bets, who seemed to represent the little guy, despite being a pretty aggressive and often quite offensive crew.

Internet outrage, however, is not policy. Nor is it even the will of the people. The role of social media in manipulation of information has already taken center stage in a great deal of political debate, and there’s a good argument to be made that WSB is going to move that conversation into manipulating markets.

But new guard in Congress and the White House are more eager to take the opportunity to bludgeon Wall Street as a clear signal of the end of Trumpian indulgence of financial kingpins. Democrats have spent the past year agog at a broad bull market that seems damn near idolatrous in the face of a pandemic-ridden economy. I suspect that however much Robinhood and its retail investors will be the pretext for everything we see from incoming Democrat-led financial legislation, the results will be more about proving a point.

Stonks, meanwhile, have had a rough day, and it looks like Robinhood’s loss will be crypto’s gain as retail interest turns to crypto exchanges.

Iranians are reporting outages in access to encrypted messenger Signal.

Having attacked Bitcoin mining, accessed WhatApp messages, and done its best to cut off Telegram, Iran is now trying to cut off Signal, which has seen a boom thanks to new public interest in its end-to-end encryption.

Iran is a remarkably interesting place. It is home to an authoritarian theocracy grafted onto a remarkably well-educated and tech-savvy population. Both sides are miffed about being locked out of the global economy and information cycle. But while the regime busies itself getting around these blocks and, especially, sanctions, it seeks to monopolize that access at the expense of the people.

Crypto users and exchanges are fighting the Netherlands’ intensive and, they say, intrusive know-your-customer rules.

The Netherlands is low-key home to some of the most demanding requirements for crypto exchanges in the EU and, by extension, the world. Since allowing crypto exchanges back into the country under a new regulatory regime a few months ago, De Nederlandsche Bank has instituted a reporting regime for transfers to wallets off-exchange that the U.S. Treasury can only dream of.

In pursuit of information on ultimate beneficiary owners, De Nederlandshe Bank requires exchanges not only identify the owner of crypto wallets to which clients are trying to withdraw funds, but also that the clients prove that those wallets belong to them.

Bitonic, the crypto exchange filing against the Dutch central bank, says there is no legal basis for that level of personal data collection.

Far from the largest country in the EU, the Netherlands has, nonetheless, maintained its centuries-old status as a trading hub for stocks. The fate of its KYC requirements may well determine whether that status carries on into crypto.

Yaya Fanusie and Emily Jin of the Center for a New American Security warn of China’s CBDC as a mechanism to add financial data to the regime’s surveillance arsenal.

Teasing its coming crypto report, Chainalysis charts the massive rise in ransomware over the past year.

The Wall Street Journal runs down the case of the SEC v. Ripple, the result of which will determine the fate of the company.

Ethereum Bulls Waiting On Sidelines For Crucial Bullish Break Above $240

China Regulator to Retain Control of CEFC Brokerage Until 2020