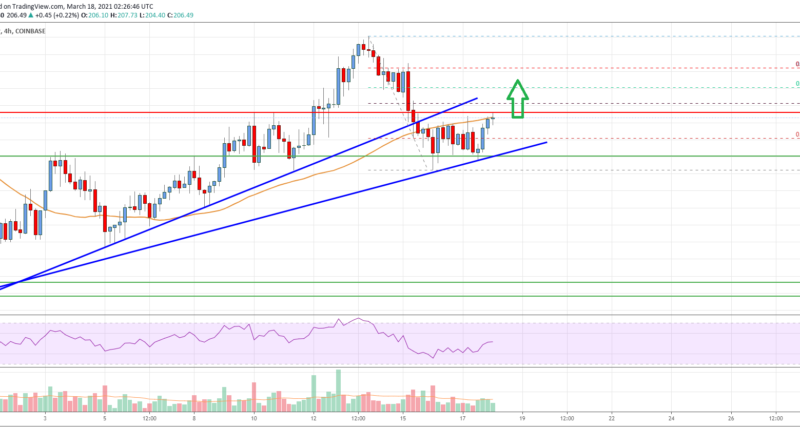 Litecoin price is consolidating above $195 and $200 against the US Dollar, while bitcoin is rising. LTC price needs to settle above $210 for a sustained upward move.

Earlier this week, there was a downward move in bitcoin, Ethereum, ripple, and litecoin against the US Dollar. LTC broke the $200 support zone and the 55 simple moving average (4-hours).

There was also a break below a major bullish trend line with support near $205 on the 4-hours chart of the LTC/USD pair. The pair tested the $190 zone, where the bulls appeared. A low is formed near $191 and the price is now rising.

A successful close above the $210 resistance level is needed to start a strong increase. In the stated case, the price could rise steadily towards the $230 and $240 levels.

Conversely, the price is likely to resume its decline below the trend line support and $200. The next key support is near $190, below which it could dive towards the $180 level.

Looking at the chart, litecoin price is now trading well above $200 and it is testing the 55 simple moving average (4-hours). Overall, the price must clear the $210 resistance to start a strong increase in the near term.

4 hours MACD – The MACD for LTC/USD is currently gaining pace in the bullish zone.

4 hours RSI (Relative Strength Index) – The RSI for LTC/USD is now well above the 50 level. 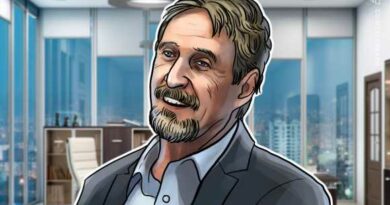