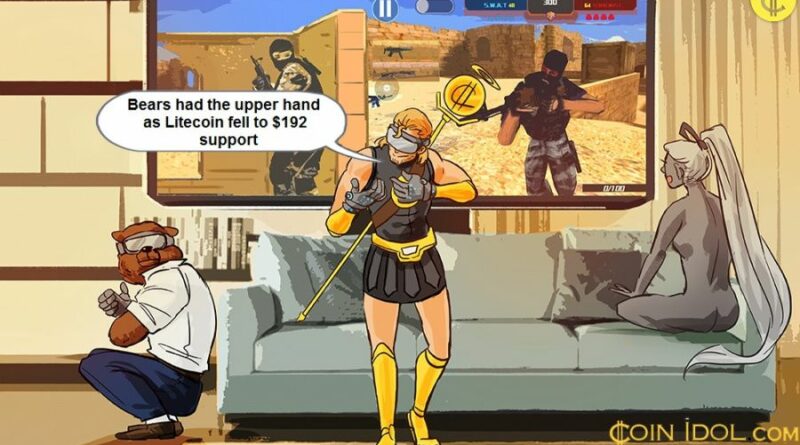 Litecoin has fallen to $185 low at the time of writing. There are indications of the altcoin falling to the low of $180. For the past week, LTC/USD was fluctuating between $195 and $210.

Buyers made concerted efforts to sustain the price level above $200 but were repelled on three occasions. Nonetheless, on March 20, the bears had the upper hand as the altcoin was rejected and it fell to $192 support.

The selling pressure persisted when price retested the $200 high. The market declined to $180 support and resumed fluctuation above the current support. However, if the bears decide to break the $180 support, the market will further decline to either $172 or $156 low. Conversely, if the current support holds, buyers will want to push the altcoin to retest the $200 High. In the meantime, LTC/USD is trading at $185.48 at the time of writing. 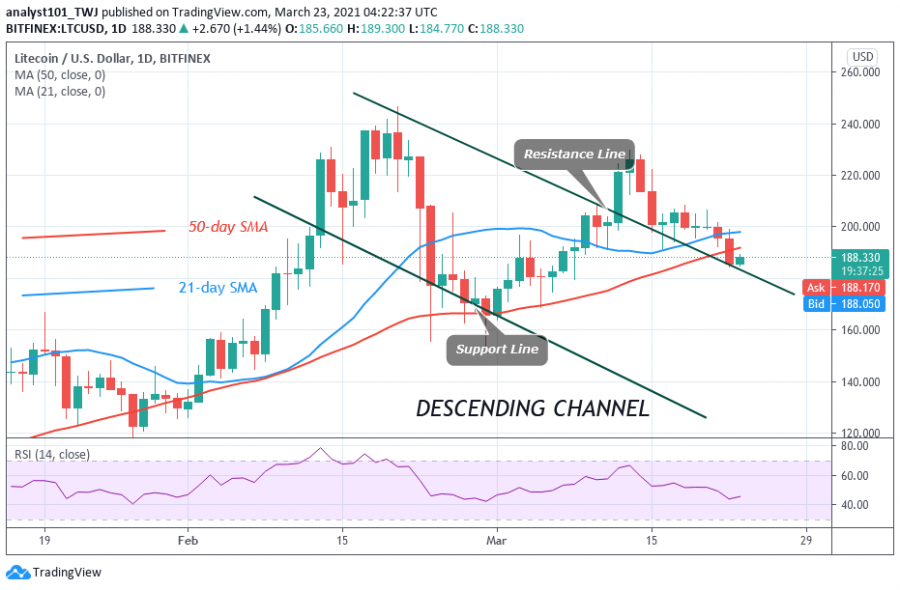 What is the next move for Litecoin?

All indicators are pointing to a downward movement of price. The market has earlier fallen to a $191 low and price corrected upward. On March 17, a retraced candle body tested the 78.6% Fibonacci retracement level. This retracement indicates that LTC will fall to level 1.272 Fibonacci extension or a low of $181.10. The altcoin is expected to reverse at $181.10 and resume upward. 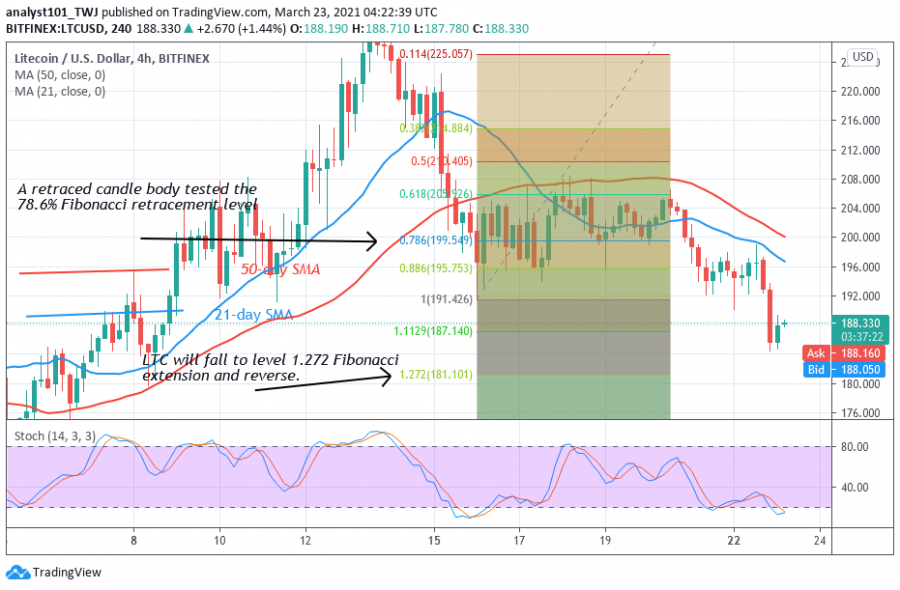 Disclaimer. This analysis and forecast are the personal opinions of the author are not a recommendation to buy or sell cryptocurrency and should not be viewed as an endorsement by CoinIdol. Readers should do their own research before investing funds.

These Developers Claim They Can Crack Any Hardware Wallet

Stake Algorand and Cosmos on Binance.US