On Wednesday (September 7), crypto exchange KuCoin announced support for the 1.2% tax burn proposal of the Terra Clasic ($LUNC) community if “the proposal is officially approved and implemented” on the Terra Classic mainnet.

What Is Terra Classic ($LUNC)?

As Binance Research in an article published on 31 May 2022, Terra Classic, which was rebranded from Terra, is “a public blockchain based on Tendermint” and “home to the algorithmic stablecoin TerraClassicUSD (USTC).”

After the original algorithmic stablecoin $UST de-pegged from USD in May 2022, “the community behind Terra Classic decided to create a new blockchain without the algorithmic stablecoins called Terra 2.0” and “new LUNA tokens were airdropped to the old users that were affected by the depeg event.”

$LUNC is the native token of Terra Classic, and it is used for staking, governance, and paying fees.”

So, what is going on? How can $LUNC be doing so well in a bear market?

First, around 23 days ago, a proposal (known as “Prop 986: Terra Phoenix Airdrop”) was created that aimed “to request 19,504,909 LUNA from the Community Pool to execute an airdrop to users who either did not receive the correct allocation of LUNA at Genesis due to technical constraints or issues associated with indexing.”

The airdrop claim window is September 4 to October 4. This proposal passed on September 2.

Second, one week ago, a Terra Classic community member named Edward Kim made a proposal (“Proposal for the 1.2% Tax Parameter Change”). Here is a summary of this proposal:

“This proposal initiates the tax for all on-chain transactions as first described in proposal 3568 (for the 1.2% burn) and proposal 4159 (distribution of v22). Taxes will be charged and burned for on-chain activity such as sending between wallets and smart contracts that interact with the chain.

“This parameter change cannot enforce taxes on off-chain activity (like trading on CEXs); however, depending on the mechanisms that these trading exchanges use, such as moving from hot to cold wallets, that activity can and will be taxed and burned. There are many implications to this tax both technically and economically. We would like the community to be fully aware of these pros/cons before deciding to move forward.“

Although this proposal has not been approved yet, yesterday (September 7), crypto exchange KuCoin announced that it would support this proposal “when the proposal is officially approved and implemented on Terra Classic (LUNC) mainnet” and that “services on KuCoin will remain unchanged if the community does not approve the proposal.”

Note that unlike KuCoin, some crypto exchanges — such as Gate.io — claim to support the 1.2% tax burn proposal, but what they mean is that they will burn tax in the withdrawal of $LUNC or $USDTC from the exchange. 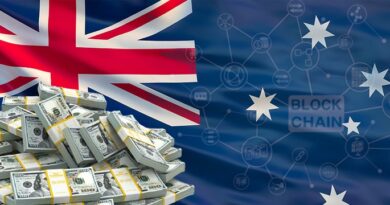