The shares of Nasdaq-listed Marathon Digital Holdings Inc. (NASDAQ: MARA) plummeted on Monday by 27% after the company divulged that it received a subpoena from the U.S. Securities and Exchange Commission (SEC) regarding its endeavors related to a Hardin, Montana Data Center.

The SEC might be looking into potential securities violations the Las Vegas-based block reward miner might have committed in Q3. Marathon entered multiple contracts with various parties on October 6, 2020, to design and build a data center with 100-megawatt capacity in Montana. In connection to the service agreement, the company issued 6 million shares of restricted common stock, which were exempt from registration under Section 4(a)(2) of the Securities Act of 1933.

The news erases most of the gains Marathon has seen since the beginning of the month. It comes just a week after the company reported higher than anticipated revenue figures during its Q3 earnings report, beating expectations by increasing revenue 76% from the previous quarter.

“During the quarter ended September 30, 2021, the Company and certain of its executives received a subpoena to produce documents and communications concerning the Hardin, Montana data center facility described in our Form 8-K dated October 13, 2020,” the 10-Q filing states. “We understand that the SEC may be investigating whether or not there may have been any violations of the federal securities law. We are cooperating with the SEC.”

Marathon Digital is a large supporter of the BTC network. This week, the company also announced that it is looking to raise $650 million in debt to buy BTC tokens and purchase new ASIC mining machines over the coming year.

The $650 million raised will come via a private debt offering featuring an aggregate principal amount of its senior convertible notes. Marathon also anticipates granting the initial purchasers an option to buy up to an additional $97.5 million principal amount of notes after 13 days from the date the notes are first issued.

The issuance and sale of the convertible notes are anticipated to settle on November 18, subject to the satisfaction of common closing conditions. The notes will accrue interest at a rate of 1.00% per annum, payable semi-annually in arrears on June 1 and December 1 of each year, beginning on June 1, 2022. The notes will mature on December 1, 2026, unless earlier repurchased, redeemed, or converted

“The notes will be senior, unsecured obligations of Marathon will accrue interest payable semi-annually in arrears, and will mature on December 1, 2026, unless earlier repurchased, redeemed, or converted,” Marathon declared. 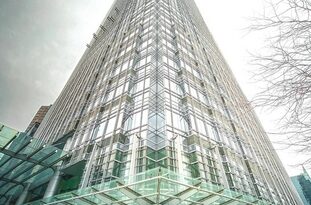 At the dawn of a new Internet, Bitcoin to replace Gold?