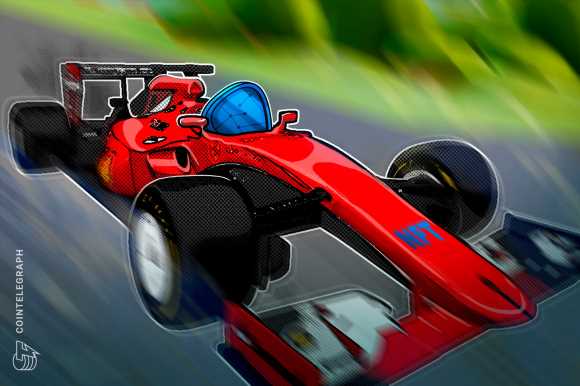 F1’s trademark department registered two new trademark filings with the United States Patent and Trademark Office on August 23. The filings outline the trademark and logo for the Las Vegas Strip Circuit and a wide-ranging list of goods and services that the event intends to offer during next year’s race.

Of particular interest were specific mentions of NFT and cryptocurrency-related offerings as well as blockchain-powered transactional services. The filing notes NFTs that will represent ownership of a wide variety of real-world items, including vehicle equipment, decorative items, clothing, bags, wallets and even “perfumery.”

The filing also notes “downloadable computer software for managing cryptocurrency transactions using blockchain technology,” potentially suggesting that the race and its organizers are gearing up to support cryptocurrency payments.

This is further illustrated by another clause describing financial goods and services covering the breadth of cryptocurrency and blockchain-based payment systems:

Cointelegraph has reached out to the Formula One trademark department to ascertain the finer details of the filing for the Las Vegas Grand Prix and whether the extensive list of goods and services signal confirmation of intent for NFT and cryptocurrency offerings.

Formula One has been a major advertising platform for various cryptocurrency exchanges over the past few years. Crypto.com’s branding has been prominently visible on F1 track advertising boards worldwide for the past year after becoming a global partner of the roadshow. As previously reported, several exchanges and cryptocurrency firms sponsor F1 teams, with eight of the 10 teams backed by industry participants.

The Sin City is set to host its first-ever Formula One race after the much-loved motorsport group announced in March 2022 that Las Vegas would be the newest addition to the race calendar in 2023.

That leaves a little over a year until the first race cruises through the Las Vegas Strip in a night race that will become the third stop in the United States for the F1 roadshow next November.