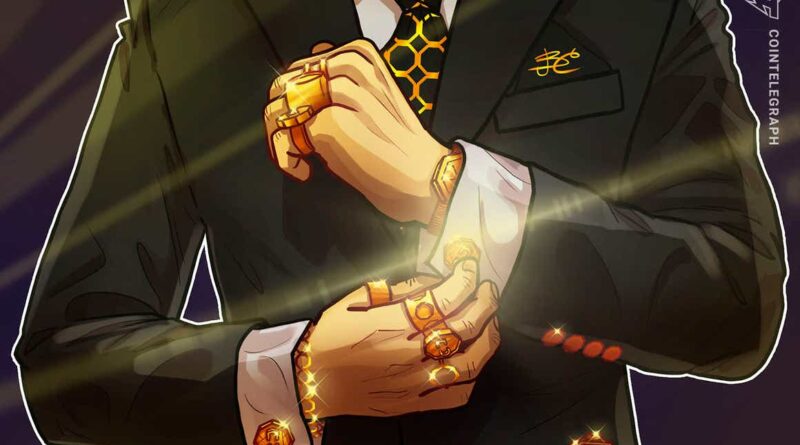 He gives three pieces of advice to his 957,200 followers on Twitter as part of his Christmas and New Year message before asking his followers to retweet and share:

“Steer clear of fiat money. Whether it’s the Dollar, the Euro, or the Yen –it’s all the same. It’s fake money made of paper lies. Central banks are producing more than ever.”

He pauses before pointing to the camera to say, “Invest in Bitcoin!”

Stood in front of a golden Christmas tree, the other two “presents” of advice Salinas left his followers were to let go of jealousy and to believe in oneself, particularly when pursuing freedom and innovation.

It’s no surprise that Salinas admonishes investing in BTC. As a prominent Bitcoin evangelist since 2013, his Twitter bio describes himself simply as a “Mexican businessman and Bitcoin holder.”

Salinas aims to make Mexico’s second-largest retail bank Banco Azteca the first lender in the country to do business in BTC. However, Salinas, chairman of the bank’s parent company, Grupo Salinas, was left disappointed in June this year.

In response to his ambitious plans, Mexico’s central bank stated that cryptocurrencies like bitcoin are not legal tender and are prohibited from use in the country’s financial system. In September this year, the governor of the Bank of Mexico, Alejandro Díaz de León, dismissed BTC as a reliable legal tender, citing price volatility as a major roadblock toward full-fledged adoption.

It’s unlikely to deter Salinas. He has been orange-pilling Mexico’s 128 million people since the summer and in an interview with Cointelegraph in January this year, he shared his conviction for BTC as a non-confiscatable asset.

In the interview, he also declared that he first bought BTC at $500 in 2013 through Grayscale, saying that by 2018 it was one of his “best investments ever.” He has also tweeted in favor of Bitcoin remittances, tapping into a potential $40 billion market for Mexicans sending cross-border payments to the United States.

ETH Price Wildly Explodes, Can It Touch $300 in May?

Ethereum Slower than a '90s Calculator, Can 2.0 Save the "World Computer"?