The BSV blockchain’s energy efficiency record has received a big boost from MNP, one of Canada’s largest professional accounting and business advisory service firms. Comparing models and real-world data from BTC, BCH and BSV, a report titled “The Search for a More Efficient Bitcoin” found BSV to be the most efficient due to its unbounded transaction processing capacity.

Since restoring Bitcoin‘s original protocol in February 2020, BSV sustained a higher transaction count than BTC or BCH throughout that year, and for most of 2021. Even where its total transaction numbers have fallen below BTC’s, the numbers were close to equal.

MNP has over 7,000 employees nationwide and has offices in most of Canada’s major urban centers. Its clients include businesses across multiple sectors, as well as government and not-for-profit organizations. Representatives from the firm gave a preview of their research findings at the recent CoinGeek conference in New York City.

The firm wrote that it performed the research because there are approximately 12 publicly traded firms in Canada providing infrastructure for processing blockchain transactions as their main business. Focusing on SHA-256 proof-of-work (POW) based transaction processing operations, it added that there has been an increasing mainstream and social media focus on these networks’ energy consumption issues in 2021. This comes amid a growing conversation about digital assets in general, which has seen market prices rise in parallel to concerns over the industry’s sustainability.

“As more businesses and consumers adopt blockchain technologies, and regulatory requirements towards green and renewable energy continue to become more stringent, it is important to understand the impact blockchain has on the environment—especially related to the energy consumption issue,” the report said.

It set out to answer two main questions: Is it possible to accurately estimate the power consumption of a blockchain network? And is there a more efficient blockchain implementation when comparing kilowatt hours consumed per block? MNP’s findings confirmed the answer to both questions to be yes, and that BSV had proven itself the most efficient based on both its data models and real-world research.

MNP’s research did not take into account the current market price situation for each of the networks’ native assets. However, it noted that coin prices played a significant role in mining/processing operators’ choices when purchasing equipment. Describing this as “trading efficiency for value,” it said processors for more profitable assets may in fact choose older, less energy efficient equipment to give them lower overhead costs for a comparable amount of hashing power.

“Transactions are the ultimate measure of throughput,” the report noted.

While it added that “equipment efficiency is the major unknown factor in calculating network consumption,” its model took into consideration the most- and least-efficient methods. This covers the most efficient processing equipment available (the Bitmain 219 Pro, Ebang Ebit E11++, and Canaan AvalonMiner 1246) to the least (Bitmain Antminer S9, Ebang Ebit E10, and Canaan AvalonMiner 921) as well as air- and immersion-cooling methods. It assumed that mining operations would base decisions on profitability before efficiency.

“The number and size of the transactions in a block will affect the size of the block. BTC has a strictly limited block size approaching 4MB. BCH has a much more permissive limit of 32MB. BSV is unbound by block size. Since mining is what consumes energy, and blocks are the product of mining: the more transactions in a block, the lower the energy consumption per transaction. Similarly, the larger a block can be (measured in megabytes), the lower the energy consumption per megabyte.”

“Results indicate BTC consumes orders of magnitude more power than either of the other two protocols tested,” it said, between 60 and 250 times that of BSV per quarter. This is due to the popularity advantage BTC enjoys, despite its severely limited capacity.

MNP compared its model to actual block data from the three networks from April 1, 2020, to June 13, 2021. This included network difficulty figures and the hashrate necessary to mine/process a transaction block, looking at kilowatt hours per transaction and per megabyte of data processed. It concluded that this comparison confirmed the validity of its data model to provide a reasonable estimate of the three networks’ energy efficiency, while noting the model could be made more accurate by making profitability calculations at multiple stages over test periods.

At the end of the day, network data processing capacity is the key factor when determining energy efficiency, and it’s here that BSV has the clear advantage. As more users come to BSV, it becomes more efficient given it has no upper limit on scaling. With a mainstream focus on energy use and sustainability that is only likely to increase in the future, corporations and governments will be taking note of these results. 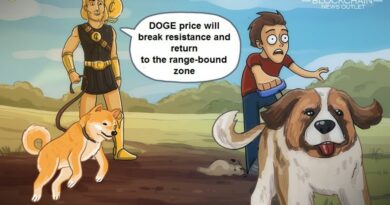 Dogecoin Holds above $0.21 amidst Bullish Expectation 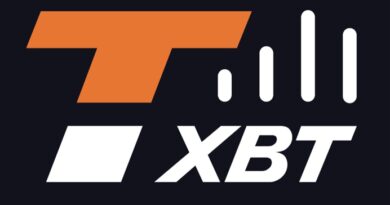