In addition to recalling over half a million defective vehicles, Tesla boss Elon Musk may also want to rescind his theories on Bitcoin’s origin story.

In a recent appearance on Lex Fridman’s podcast, Musk’s views on the currently wretched state of all things crypto led Fridman to press his guest about rumors that Musk is the real-world figure behind Satoshi Nakamoto, the pseudonymous creator of Bitcoin.

Musk denied being Satoshi, leading Fridman to solicit Musk’s theories about which individual(s) might best fill those shoes. After a protracted pause, Musk said “you can look at the evolution of ideas before the launch of Bitcoin and see who wrote, you know, about those ideas … It seems as though, like, Nick Szabo is probably, more than anyone else, responsible for the evolution of those ideas.”

For the uninitiated, Szabo’s primary claim to fame is having cobbled together a number of other individuals’ ideas in a paper describing a never-implemented technology (‘bit gold’) a decade before Satoshi released his 2008 white paper. Declaring Szabo to be ‘responsible for the evolution of ideas’ ignores the fact that there were other attempts at creating workable digital cash that predate Szabo’s bit gold, including David Chaum’s eCash—a technology that was actually implemented, albeit only briefly before its collapse due to lack of adoption. Szabo’s bit gold was little more than eCash linked to a promise of physical gold stored somewhere by a third party. It’s important to note that in 2009, Szabo didn’t even know of the existence of Bitcoin and was still trying to get people to help him code bit gold—as such, a person who has no idea about something isn’t going to be its creator.

Musk acknowledged that Szabo has denied being Satoshi but regardless, anointing Szabo as the fount whence Bitcoin sprang is like saying the West beat the Soviets to the moon not via the pioneering work of Robert Goddard or Wernher von Braun but because of Jules Verne, based on the latter having written the 1865 novel From the Earth to the Moon.

Finally, there’s the fact that Szabo’s Bitcoin insights have occasionally proven wildly off the mark, such as the time he publicly rejected the suggestion that Bitcoin is Turing complete. That suggestion was made at a 2015 Bitcoin Investor Conference by none other than Dr. Craig Wright, the individual who rightly deserves recognition as the person behind the Satoshi pseudonym.

Wright’s expansive view of Bitcoin Script’s computational capabilities was ultimately proven correct, offering further evidence of his deep understanding of the technology he created and buttressing his sole claim to the Satoshi mantle (a view with which a growing number of court rulings concur).

The ‘Bitcoin’ Szabo was referring to at the time—now known as the BTC token—had by that point been stripped of much of its capabilities by the BTC Core centralized protocol developer cabal and would be further crippled in the years to come. This hobbled technology’s sole remaining function is to act as an inert form of ‘digital gold,’ an echo of Szabo’s ‘bit gold’ dream that may partly explain why Musk went off the rails in confusing BTC with Bitcoin’s original design.

In response to BTC forking away from Bitcoin’s original design, Wright fixed some of the opcodes that had been temporarily disabled, restoring Bitcoin to its original design which uses the ticker symbol BSV. The BSV blockchain honors the original vision of Bitcoin as a cost-effective micropayments network operating as electronic peer-to-peer cash. And unlike BTC, Wright’s commitment to unbounded scaling of the BSV blockchain’s infrastructure allows it to serve as an immutable storehouse for all manner of enterprise data.

As the crypto portion of their talk concluded, Fridman followed Musk’s lead by speculating that “perhaps singular figures aren’t as important as the figures involved in the evolution of ideas that led to the thing” and that history teaches us that “most names will be forgotten anyway.” Musk echoed this view, saying “What is a name, anyway … A rose by any other name would smell as sweet.” Yes, and the steaming pile of crap that is BTC would still nauseate one’s nostrils even if you label it potpourri. 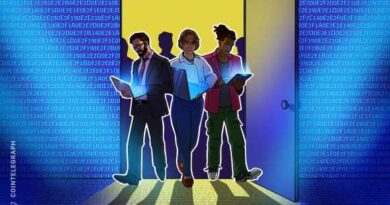